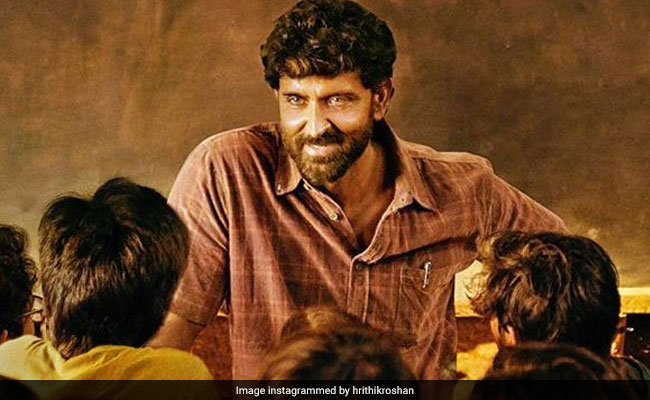 Hrithik Roshan's new film Super 30 is off to a good start, collecting Rs 11 crore on the opening day, tweeted trade analyst Taran Adarsh. The film needs to sustain and prove its mettle over the weekend to sail through, he added. "Super 30 has a decent Day 1... business picked up at metros and urban centres (Mumbai and South specifically) towards evening... Mass pockets are ordinary/dull... Should witness growth on day 2 and day 3... Sustaining and proving its mettle on weekdays crucial... Friday India business is Rs 11.83 crore," tweeted Taran Adarsh. Super 30 is based on the life of mathematician and educationist Anand Kumar, who coached students from the economically weaker background for the entrance exam of Indian Institutes of Management.

#Super30 has a decent Day 1... Biz picked up at metros/urban centres [Mumbai and South specifically] towards evening... Mass pockets are ordinary/dull... Should witness growth on Day 2 and 3... Sustaining and proving its mettle on weekdays crucial... Fri 11.83 cr. India biz.

Super 30 is currently competing with this year's top earning film Kabir Singh, now in its fourth week, and critically-acclaimed Article 15, now in its third week. Super 30.

The film did not fare well in the reviews department but it appears to be getting along in the box office race. Film critic Saibal Chatterjee reviewed Super 30 for NDTV and wrote, "Hrithik Roshan is nearly as horribly miscast as Anand Kumar as Priyanka Chopra was as Mary Kom. Not that the lead actor does not give the role his all. His enthusiasm never flags."

He added, "Nothing in the film is less convincing than the lead performance. The idea to bronze up Hrithik Roshan so that he can impersonate Anand Kumar is anything but super: it is a formula that equals zero."