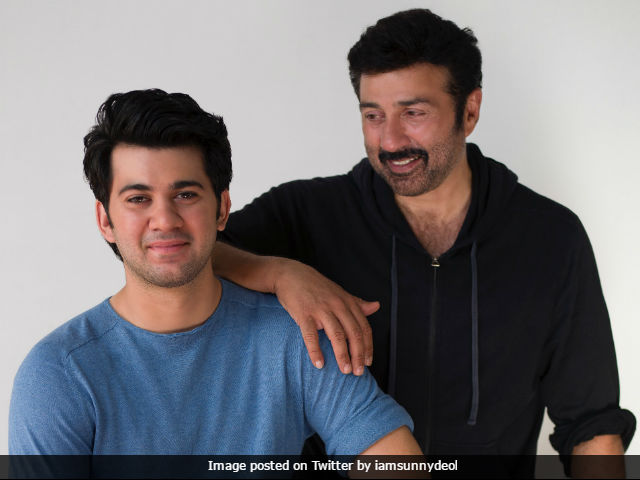 Sunny Deol is Dharmendra's elder son from his first wife. The 81-year-old actor is currently married to actress Hema Malini. Of the bond Sunny shares with Dharmendra, he told mid-day, "I still cannot see eye to eye with my father Dharmendra. His fear will always remain. Even now, if I'm doing anything wrong, the thought of dad getting its knowledge scares me out. Daddy keeps asking us why don't you'll come downstairs and talk to me. Whenever we sit together, we talk for few moments and then there's nothing to talk about. What to talk, just can't understand," adding that Dharmendra was never a strict father but since his childhood, the duo had limited conversation.

Sunny Deol announced Karan's debut film Pal Pal Dil Ke Paas last May. He was the assistant director of Sunny, Bobby and Dharmendra's 2013 film Yamla Pagla Deewana. Of the father-son duo share, Sunny Deol told mid-day, "Even if I want to, Karan and I can't be friends. He shares his secrets with me but maintains a distance. You can call it his reservation or respect towards me. Despite being the new generation boy, Karan maintains a distance. He is also like me. He'll sit with me and then after a while, we fall short of conversations. Whereas on the film's set he treats me like a director only. He's very professional."

Dharmendra is also proud of his grandson's debut. "He has confidence and I want him to fly with his confidence. I wish he gets successful in his career and life," Dharmendra earlier said. The title of Karan's Pal Pal Dil Ke Paas is inspired from Dharmendra's famous song from the film Blackmail.

Promoted
Listen to the latest songs, only on JioSaavn.com
Sunny Deol is married to Pooja. Apart from Karan, 25, the couple are also parents to son Rajveer.