Sunny Deol Clears Up Some Stuff About Son Karan's Debut

Sunny Deol said: "Only we were supposed to launch him' 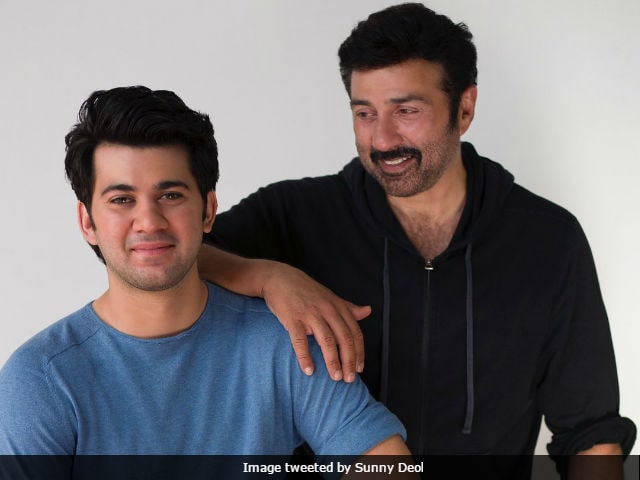 New Delhi: Actor Sunny Deol's son Karan is all set to make his big screen debut in the film Pal Pal Dil Ke Paas, which is directed by Sunny and it was always meant to be like this, the actor-director told news agency PTI. Sunny Deol said that Karan's debut was planned by him and production giant Yash Raj Films was never involved in Karan's launch. Industry sources said that the Deols refused to sign YRF's customary three-film deal but Sunny Deol told PTI: "It wasn't like that. Only we were supposed to launch him. But today anyone says anything and it becomes news. But the fact is only we were supposed to do it."

Meanwhile, Sunny Deol's next is the Hindi remake of Marathi film Poshter Boyz. Talking about the remake, Shreyas Talpade, who is directing the film, told PTI: "There were no major changes. That script itself was very powerful so we tried to retain that as much possible. We just did little bit tweaking, and tried to do away with some mistakes which we may have done in the original. We have tried to make it even better." The 2014 Marathi version of Poshter Boyz was directed by Sameer Patil and produced by Shreyas Talpade.