Sunny Deol Is Busy Spending The Last Few Days Of 2021 At This Hill Station. Can You Guess The Location? 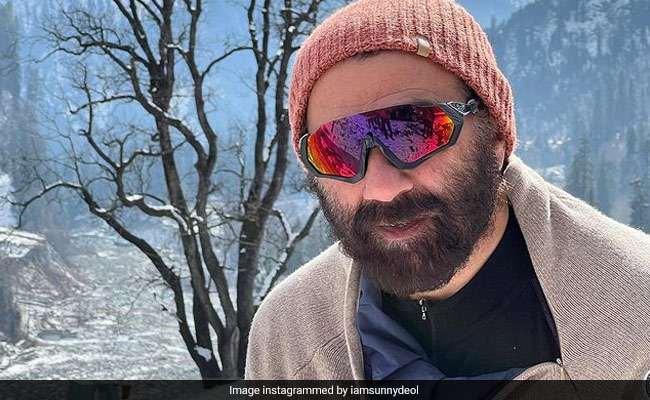 Sunny Deol is giving us major travel goals here. The actor is currently enjoying his stay in Manali. Well, Sunny Deol jetted off to the picturesque location to ring in the New Year.  Now, that's how you plan to ring in 2022. Agree? In the series of pictures shared on Instagram, Sunny Deol is striking various poses for the camera with the snow-capped mountains in the background. Sunny Deol didn't waste much time thinking about the caption and wrote, “A fresh whiff of mountain air to welcome 2022.” In the caption, he disclosed the location, “Manali”.

Sunny Deol will soon be seen as Tara Singh in Gadar 2.Sharing some behind the scenes glimpses from the sets, the actor wrote, “Only a fortunate few get to bring amazing characters back to life. Presenting Tara Singh 20 years later. Wrapped the first schedule of Gadar 2. Feeling blessed.”

Gadar 2 was announced on October 15. And, to make it a memorable one, Sunny Deol shared the motion poster and wrote, “After two decades, the wait is finally over. On the auspicious day of Dusshera, presenting to you the motion poster of Gadar 2. The Katha continues.”

Gadar 2 will also feature Ameesha Patel and Utkarsh Sharma. Ameesha Patel will reprise the role of  Sakeena in the film. And, the actress is keeping her fans posted with some snippets from her shooting diaries. A while back, she shared a happy snapshot with Sunny Deol and the director Anil Sharma. Along with this, she wrote, “Gadar 2... Palampur.. with my super director Anil Sharma...And Sakeena's Tara Singh, the most handsome Sunny Deol.”

The film is a sequel to Gadar: Ek Prem Katha, which released on June 15.