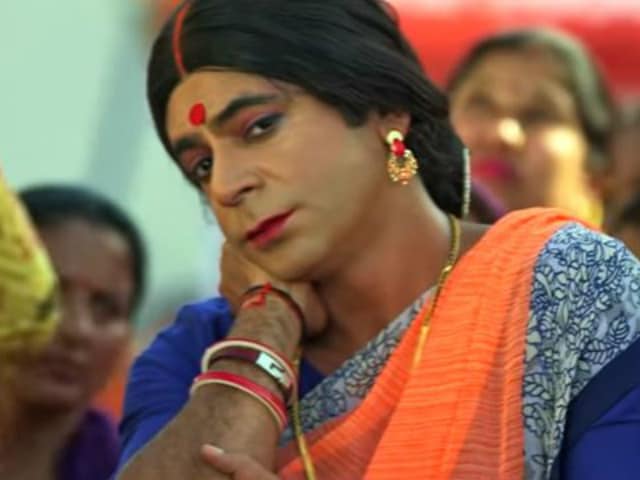 New Delhi: Sunil Grover, who is known for his comic roles like Gutthi and now Rinku Bhabhi, had his own way to make International Women's Day special for "all the girls." The comedian released a hilarious music video inspired by Rinku Bhabhi's dialogueMere Husband Mujhe Piyar Nahi Karte! on Wednesday and has gone viral. The song has been viewed above 45, 000 times on YouTube. The 39-year-old stand-up comedian plays the role of Kapil Sharma's sister-in-law, Rinku Bhabhi, who desperately craves for her husband's love and attention, on The Kapil Sharma's Show. The song is all about Rinku Bhabhi sharing her pain of having an unromantic husband. Mere Husband Mujhe Piyar Nahi Karte! video song showcases Sunil's impeccable comic timing and will have you ROFL.

The video begins with Sunil's dialogue in his trademark peculiar accent, "Zindagi barbaad ho giya". As the video continues, the comedian talks about an unromantic husband who stops paying attention to what his wife says after few years of marriage.

Promoted
Listen to the latest songs, only on JioSaavn.com
The Kya Aap Paanchvi Fail Champu Hain host shared and wrote: "This is what I made for you girls. A story, a little tune with some beats." Sunil, a man of many talents, sang and wrote the song. Mere Husband Mujhe Piyar Nahi Karte!, which will take you on a laugh riot, marks Sunil Grover's first ever solo on a digital platform in collaboration with One Digital Entertainment.

From working as a radio jockey to doing films, shows and even walking the ramp (as Gutthi), Sunil Grover had done it all. Sunil has worked in films like Gabbar Is Back, Ghajini and Baaghi. He also made a debut in a Punjabi film Vaisakhi List in 2016 with Jimmy Sheirgill.