Suhana Khan will make her Bollywood debut with The Archies 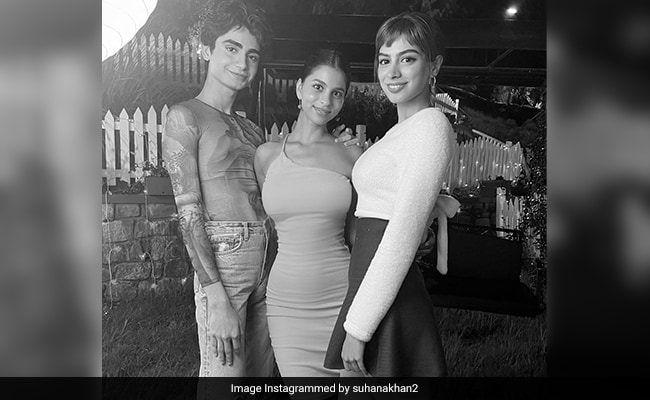 Suhana Khan's 22nd birthday was all things fun. On her Instagram profile, she shared photos from her festivities. Suhana, set to make her Bollywood debut with Zoya Akhtar's The Archies, celebrated with her co-stars Khushi Kapoor and Yuvraj Menda. She also shared pictures of her birthday decorations on her Instagram profile on Tuesday and she simply captioned the post: "22/22." Khushi Kapoor dropped a couple of white heart emojis in the comments section. For her birthday, Suhana Khan picked an orange bodycon dress and she looked pretty as ever.

Suhana Khan, daughter of superstar Shah Rukh Khan and interior decorator Gauri Khan, completed her higher studies from New York. Before that she studied films at Ardingly College. Suhana Khan, who has also done theatre shows in the past, featured in a short film titled The Grey Part Of Blue, directed by Theodore Gimeno. She will make her Bollywood debut with Zoya Akhtar's adaptation of The Archies.

The Hindi adaptation of The Archie comics will be co-produced by Zoya Akhtar, Reema Kagti and Sharad Devarajan under their production houses Tiger Baby and Graphic India. The film also stars late actor Sridevi and film producer Boney Kapoor's daughter Khushi Kapoor, and Amitabh Bachchan's grandson Agastya Nanda. It will release on Netflix. The adventures of Archie Andrews and his squad including Veronica, Betty, Jughead and Reggie, have been immortalised by several adaptions of films and cartoon series. The character Archie Andrews first appeared in the Pep Comics and gained insane popularity in as a standalone character in the pop culture.