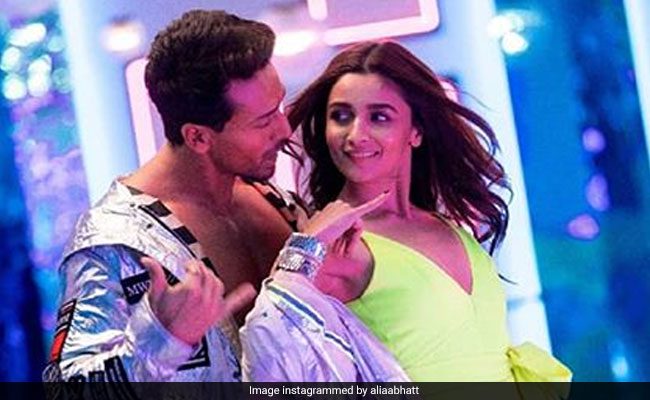 Student Of The Year 2 have added one more song to the playlist - the Hook Up Song releases on Tuesday afternoon and it's kind of extra special, courtesy Alia Bhatt and Tiger Shroff's sizzling on screen chemistry. Student Of The Year alumnus Alia Bhatt totally makes up for newcomers Tara Sutaria and Ananya Panday's absence as she makes a special appearance in the song with Tiger Shroff. The song begins with Alia Bhatt making a dreamy entry to Tiger Shroff's world of imagination and then the sing around about exchanging numbers and going on dates. The scene shifts to both Alia and Tiger setting the dance floor on fire with their killer moves. And from the frequent change of settings and outfits, it appears Alia and Tiger do go on multiple dates.

Tiger Shroff's chiselled abs will indeed distract you from Alia's gorgeousness but the duo sure make the Hook Up Song a total fun watch.

Before we got glimpses of Alia and Tiger's onscreen pairing, the Baaghi 2 actor shared his experience of working with Alia and told PTI: "It is a different sort of a song that I have shot. Personally, I have not done something like that before. Working with Alia was an amazing experience. Though she is such a big star, she was so easy to work with, she was so open and hardworking on set, ever after achieving so much. It was really inspiring being around her."

Student Of The Year 2 marks the Bollywood debut of Ananya Panday and also for Tara Sutaria, whose acting debut was as a Disney star before.

the hook up songalia tiger