Alia Bhatt Teases Fans With Her Uber-Glam Student Of The Year 2 Look. Seen Yet? 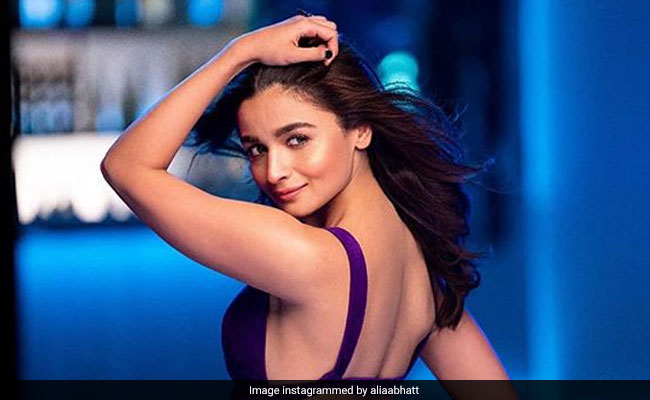 Alia Bhatt in Student Of The Year 2. (Image courtesy: Instagram)

Alia Bhatt, whom Karan Johar launched in Bollywood with 2012 film Student Of The Year, has a cameo in the film's sequel and on Saturday she teased fans on social media with a glimpse of her uber-glam look. Alia Bhatt shared a picture of herself from her appearance in the film's song, titled Hook-Up Song and wrote: "See you Tuesday Tiger Shroff!" Tiger Shroff, who plays the lead role in Student Of The Year 2, was also promoting the song at his end. He shared the image posted by Alia on his social media handles and added: "Can't miss this even if I'd try! Glad to share this special song with an ex-student!"

Speaking about working with Alia Bhatt in the Hook-Up Song, tiger earlier told news agency IANS: "Working with Alia was an amazing experience. Though she is such a big star, she was so easy to work with, she was so open and hardworking on set, ever after achieving so much. It was really inspiring being around her."

Alia Bhatt has come a long way after debuting in Student Of The Year. She has critically-acclaimed films such as Highway, Raazi and Udta Punjab to her credit which she balanced with true blue Bollywood entertainers like Humpty Sharma ki Dulhania, Badrinath Ki Dulhania, Kapoor And Sons and 2 States.