Alia Bhatt Is 'Easy To Work With,' Despite Being A 'Big Star:' Tiger Shroff 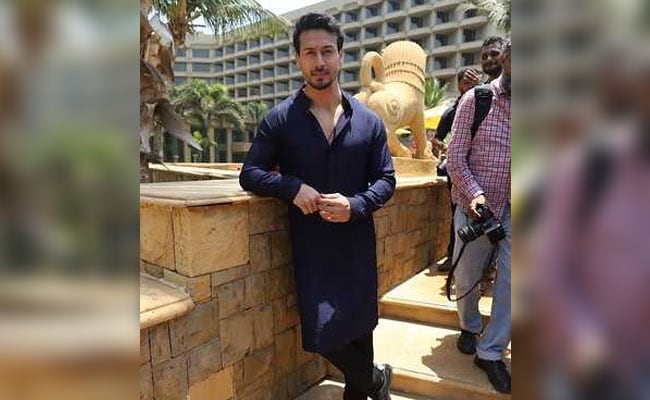 Tiger Shroff photographed at an event in Mumbai.

Actor Tiger Shroff recently shot for a song with Alia Bhatt for his upcoming Student of the Year 2 and says the actor is open to new ideas on sets, despite having achieved great success.

It was Karan Johar's 2012 film Student of the Year that marked the debut of Alia, along with Varun Dhawan, Sidharth Malhotra, and now seven years later, its sequel features Tiger along with newcomers Tara Sutaria and Ananya Panday.

Tiger said shooting the song with Alia was a fun experience. "It is a different sort of a song that I have shot. Personally, I have not done something like that before. Working with Alia was an amazing experience," he told reporters. "

Though she is such a big star, she was so easy to work with, she was so open and hardworking on set, ever after achieving so much. It was really inspiring being around her," he added. The actor was speaking at the song launch of his film, which has been directed by Punit Malhotra.

The college-drama will be a departure for Tiger, usually known to star in heavy-duty action films, but the actor says it wasn't as if Student of the Year 2 was a breather for him.

"I am very glad that I got a chance to work on Student of Year 2. It's a total different world for me all together. It is a very different character too. I am not Superman, you punch me and I bleed. It is not like I am indestructible. "I am thankful that I had Karan sir and Punit sir for guiding me through the journey, for holding my hand through every scene. I wouldn't say it was a breather, but it was a light and a fun experience."