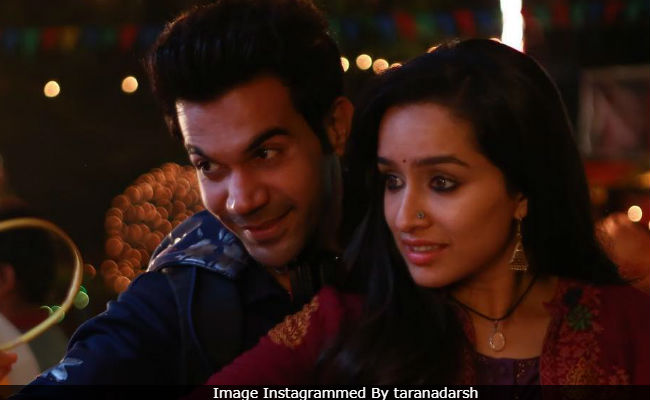 Shraddha Kapoor and Rajkummar Rao's new film Stree  has earned Rs 48 crore at the box office, trade analyst Taran Adarsh reports. The film released to positive reviews last Friday and at the audience too appears to be impressed with the horror-drama. "Stree is sensational, has cast a spell at the box office on Day 5," Taran Adarsh tweeted, adding that the film did a 'rock solid' business on Tuesday, a working day. On Monday (Janmashtami), Stree earned Rs 9.70 crore and on Tuesday, it added Rs 6.37 crore more to the total collection. In the first weekend, the film earned over Rs 26 crore. Now, the current total of Stree stands at Rs 48.34 crore.

Taran Adarsh also compared the film's business to Week 1 collections of Sonu Ke Titu Ki Sweety and Raazi. Both these films had earned over Rs 100 crore.

In his review for NDTV, film critic Saibal Chatterjee gave Stree 3.5 stars out of 5. "Stree is a tour de force enlivened enormously by solid contributions from each and every technical department and the superlative turns from the principal actors. The cast is led admirably well by the splendid Rajkummar Rao and that man for all seasons who invariably seems to be a step ahead of the demands of the screenplay - the magnificently malleable Pankaj Tripathi," he wrote.

In Stree, Shraddha Kapoor apparently plays a ghost. The film is set in a town where men disappear mysteriously.

Stree is directed by Amar Kaushik.