Spider-Man: Far From Home Explains Why Peter Parker And His Friends Are Still In School 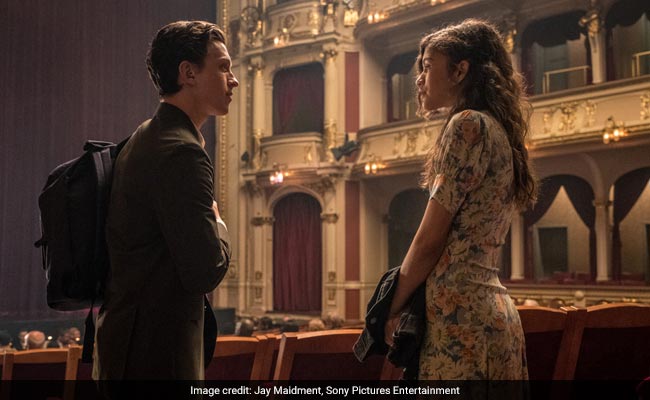 High school morning shows serve a variety of functions: to give aspiring broadcast journalists a chance to test the waters, to entertain jittery teenagers while their homeroom teachers take attendance and, in the Marvel Cinematic Universe, to explain confusing plot points to the audience.

Case in point: Spider-Man: Far From Home, which follows Peter Parker (Tom Holland) and his pals on a tumultuous class trip through Europe, uses the Midtown School of Science and Technology's morning show to address just what the heck happened in the five years that passed between a giant, purple mega-villain obliterating half of all life in the universe and the remaining superheroes successfully resuscitating the fallen. While Avengers: Endgame touched upon this, it had more than enough explaining to do with all that time-traveling-via-Quantum-Realm nuttiness. Several questions remained as we witnessed a freshly revived Peter return to the Midtown School halls alongside his best friend, Ned Leeds (Jacob Batalon).

Namely, weren't these guys way too old to still be in high school? 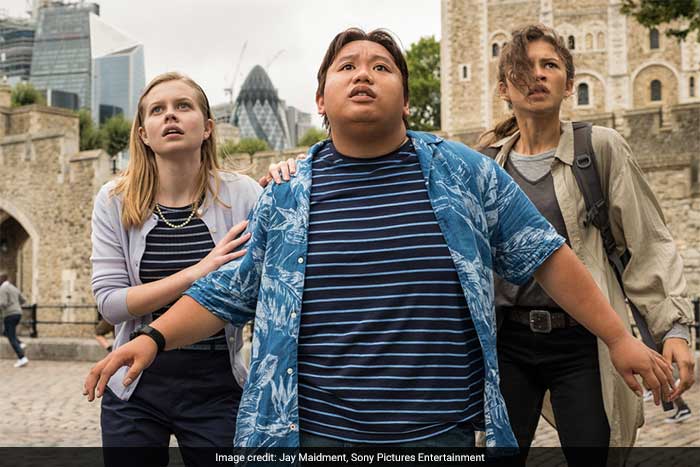 Apparently not, as we learn in the opening scene of Far From Home, released Tuesday. The movie kicks off with a kitschy video tribute to the Avengers who died saving the world from Thanos, set to Whitney Houston's version of I Will Always Love You.

Following the tribute, morning show co-anchors Jason Ionello (Jorge Lendeborg Jr.) and Betty Brant (Angourie Rice) sit in the same seats they filled years ago, during the events of "Spider-Man: Homecoming," and explain to their fellow students how time worked differently for those who vanished during "the Blip," a word coined to describe that befuddling event. (Marvel fans might note that an Infinity War tie-in novel refers to the event as "the Decimation," a disquieting term that suits the Avengers franchise much better than the comparatively lighthearted Spider-Man movies.)

"Those of us who blipped away didn't age," Jason helpfully states. Those who didn't blip away aged at a regular speed. Jason's once-younger brother, for instance, is technically older than him now. Peter's new romantic rival, Brad Davis (Remy Hii), was still a lame tween when his current classmates blipped away.

It's a solid explanation for why Jason and Betty join Peter, Ned, Michelle "MJ" Jones (Zendaya) and Flash Thompson (Tony Revolori) - conveniently, almost every teenager with a significant role in "Homecoming" - in still being how old they would've been when Thanos snapped at the end of "Infinity War." They blipped away at 16, so they returned the same age. Turns out the web-slinging superhero isn't a super-super-super-senior, after all.

Still, we're left with a few questions: For instance, what happened to the homes, belongings and jobs of everyone who blipped away? "Far From Home" addresses this when it is revealed that Aunt May (Marisa Tomei) reappeared post-Blip in her apartment, only to find a new family living there. She now volunteers at a charity for other people who were displaced, recruiting Spider-Man to pop up at fundraisers.

We don't learn too much more. Why bog down a capital-F Fun movie with logistics?

Instead, we get levity. There's a quick shot of the physical collisions that occurred when the people who blipped away suddenly reappeared, and a silly moment when Flash tries to order a drink on the airplane and MJ rats him out to the flight attendant as being underage. (Their peers who didn't blip away now get to enjoy the benefits of being 21 - can you blame him?) Happy Hogan (Jon Favreau), the late Tony Stark's best friend and former head of security at Stark Industries, describes his new beard as the "Blip beard" because "I grew it in the Blip."

Blip beard! It's quite catchy. Can we get a morning show segment on that?