Sorry, Salman Khan. Ahil Gets the Attention in This Picture 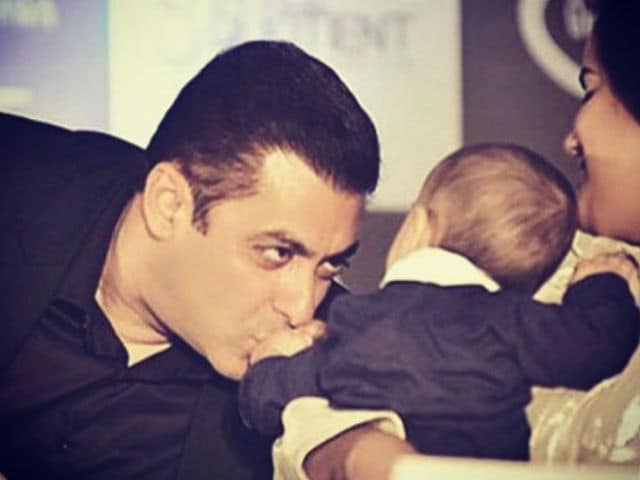 New Delhi: If Salman Khan is a superstar of Bollywood, his nephew Ahil - son of Salman's sister Arpita and her husband Aayush Sharma - is a superstar on Instagram. The likeness between uncle and nephew is evident in Aayush's latest post.

Salman, 50, has just finished filming Kabir Khan's Tubelight and now that he's back in Mumbai, he made time to play with Ahil at the family farmhouse in Panvel. The two then posed for a photo, their expressions remarkably similar.

Salman's sister Arpita married businessman Aayush in a grand ceremony in 2014. Ahil, who arrived in March this year, is the subject of several pictures posted online by his parents.

Sometimes, when we're really lucky, we get to see Salman and Ahil enjoying some one-on-one time.

My life in one frame , My brother , My husband , My son. My strength , My weakness , My happiness . My world blessed with the best . Thank you @beingsalmankhan @aaysharma

Memories Forever , My World What a nice picture @ashley_rebello

Getting Ready for Sultan

Promoted
Listen to the latest songs, only on JioSaavn.com
Ahil just keeps stealing hearts, one photo at a time.

Meanwhile, Salman Khan's Tubelight is set against the backdrop of the Sino-Indian war of 1962, and co-stars Chinese actress Zhu Zhu. After this, Salman will begin work on Tiger Zinda Hai with Katrina Kaif. Both films are slated for a 2017 release.