Sophie Turner And Joe Jonas Wedding: The LOL Story Of Why Diplo Has 'Only This Pic' From The Ceremony 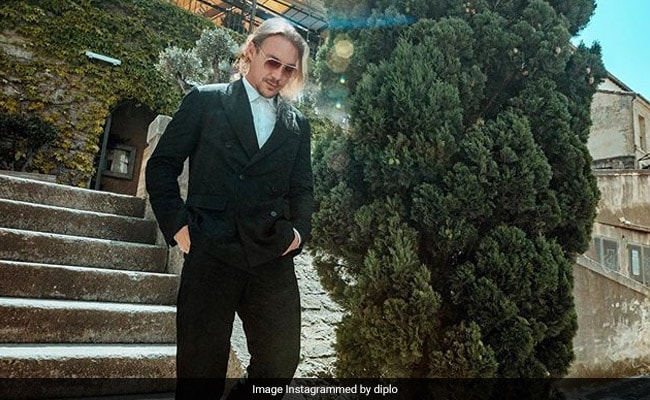 Diplo, who live-streamed Sophie Turner and Joe Jonas' Las Vegas wedding in May, learnt his lesson at the couple's France wedding over the weekend. The American DJ instagrammed a picture of himself suited up walking at the venue and said that this was his 'only picture' from the ceremony as his 'phone was put in a holding cell during the ceremony.' The 'no phones at the wedding rule' is not unheard of and it was also implemented during Joe's brother Nick Jonas' wedding to Bollywood actress Priyanka Chopra last year. In fact, Ranveer Singh and Deepika Padukone and Anushka Sharma and Virat Kohli also carried out the diktat during their respective wedding ceremonies. They shared selective pictures from the ceremony at their convenience.

Back to Diplo, who was without a phone during the ceremony - Diplo's now viral post read: "This is the only photo I got from Joe and Sophie Turner Jonas wedding because they took my phone from me and put in a holding cell during the ceremony. Heard it was lovely though."

This is the only photo I got from Joe and Sophie Turner Jonas wedding because they took my phone from me and put in a holding cell during the ceremony . Heard it was lovely tho

Looks like this time the Jonas' were prepared to handle Diplo's overenthusiastic social media streak.

In May, Sophie Turner and Joe Jonas attended the Billboard Music Awards in Las Vegas and sent out random invites to the attendees of the award show. Priyanka Chopra spoke about the impromptu Las Vegas wedding, which was officiated by Elvis Presley impersonator, to Access. "We had these little black cards that we all got and were randomly inviting our friends like people that we met. We were like 'Alright, we're going to set up this wedding now. We're going to the chapel right from here and please arrive... please arrive'," she said.

Meanwhile, Joe Jonas and Sophie Turner shared the first image from their France wedding, for which the Game Of Thrones actress wore a traditional white gown, by Louis Vuitton. Take a look:

Sophie Turner was last seen in X-Men: Dark Phoenix. Joe and Nick along with their brother Kevin are scheduled to leave for their 'Happiness Begins' tour come July.