Sophie Choudry Reveals About her Upcoming Projects Including A Web-Series

Sophie Choudry said that despite being offered many scripts, she only chose one 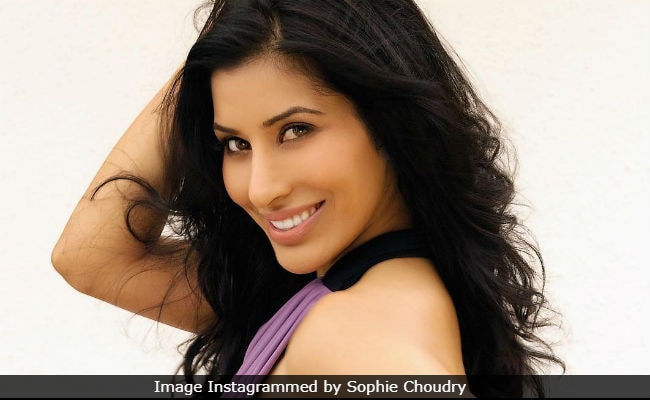 Singer-turned-actress Sophie Choudry will be soon be seen in a web-series, which is expected to go on floors by the end of the year, reports news agency IANS. Sophie, who is excited about making her debut on the digital medium, said that though she was offered many scripts, she zeroed in only this one. She told IANS: "Audiences can soon see me in a web-series. I have got many interesting scripts, but there is only one that I liked. So, I will start shooting it at the end of the year." However, she did not reveal much about the project. During the interview with IANS, the 36-year-old actress also mentioned that she is currently focusing on her music and filming two music videos. "I am definitely working on some stuff. I am focusing a lot more on music, so I will be shooting two music videos this month and they will be out really soon," IANS quoted her as saying.

Sophie recently booked a spot on the trends list after she shared selfies from her workout session with actress Kangana Ranuat, who was shooting in London for her forthcoming film Mental Hai Kya. The picture, was later shared by Kangana Ranaut's team on Instagram and it went crazy viral. Sophie captioned the post: "Pilates girls working it in London."

Promoted
Listen to the latest songs, only on JioSaavn.com
Take a look at the post here:

Sophie Choudry is a former video jockey and TV presenter. She made her Bollywood debut with the 2005 film Shaadi No. 1 and has featured in films such as Once Upon A Time in Mumbai Dobaara!, Aa Dekhen Zara and Pyaar Ke Side Effects among others. She was last seen as a contestant on dance reality show Jhalak Dikhhla Jaa season 7.