Karan Johar's Twins Roohi And Yash's 'Shouting Match' Is So, So Adorable

Sophie Choudry summed it up the best: "They clearly have a lot to say just like their daddy" 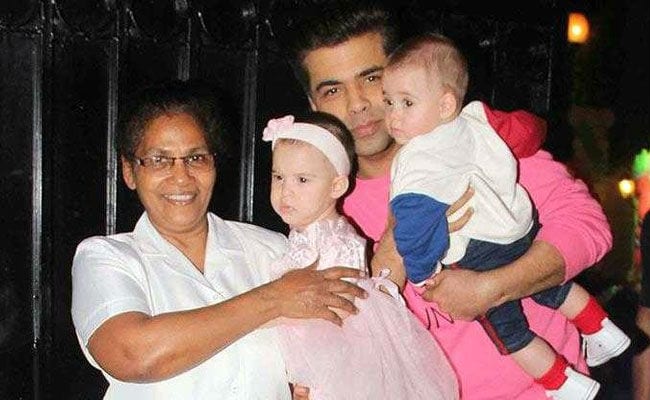 Karan johar with his twins Roohi and Yash.

New Delhi: Karan Johar's twins are like all kids - they don't like to stick to the bed time deadline. Karan shared a video from his twins' nursery with his 5.3 million followers, capturing one of his attempts to put them to bed. But Yash and Roohi were more interested in screaming match. In the short clip, we can see Roohi and Yash's mischievous smiles as they squeak and squeak. Karan Johar's celebrity friends couldn't stop gushing over the one-year-old babies and flooded the comments section with heart emoticons and of course, "aww." Sophie Choudry said: "They clearly have a lot to say just like their daddy" while Preity Zinta added: "OMG! Cuteness overload."

Yash and Roohi were born last year via surrogacy. The twinbs celebrated their first birthday earlier in February. Karan Johar named his son after his filmmaker father Yash Johar while Roohi's name is rearrangement of KJo's mother Hiroo's name.

Karan Johar, a single parent, last year told news agency IANS that he won't become a "hysterical, hyper parent like some leading actresses." He had said: "I am playing both mother and father in this dynamic, so I have a double role to play and for me, it's even more daunting. I have told myself that I am not going to be a hysterical, hyper parent because I see so many of them around me and specially leading actresses who become mothers."