On Roohi And Yash's Birthday, Karan Johar Shares The 'Actuality' Of His 'Single Parent Status'

Karan Johar also shared some of his favourite photos from Roohi and Yash's early birthday celebrations on Wednesday. 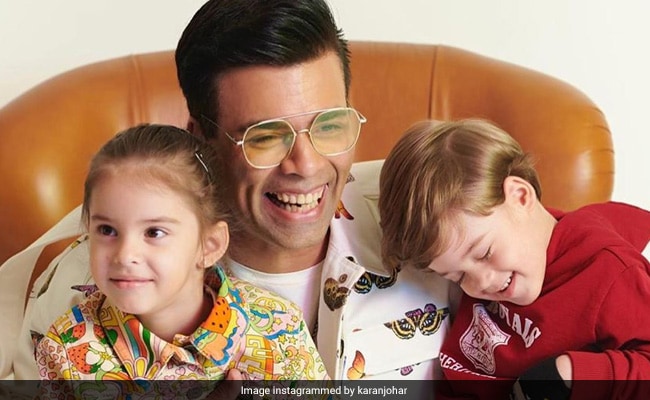 Happy birthday, Roohi and Yash! Karan Johar's twins, who were born via surrogacy in 2017, are celebrating their third birthday today. The 47-year-old filmmaker marked the red letter day on his calendar with a heart-touching post dedicated not only to his daughter Roohi and son Yash but also to mom Hiroo Johar. KJo wrote an emotional note about his single parent 'status', also sharing the 'actuality' of it: "I am a single parent in social status... but in actuality am definitely not... my mother so beautifully and emotionally co parents our babies with me... I could never have taken such a big decision without her solid support."

For Roohi and Yash, the emotional father wrote how blessed the family are to have the twins: "The twins turn three today and our feeling of being blessed continues with renewed vigour with every passing year... I thank the universe for completing us with Roohi and Yash." The twins' names are a rearrangement of the letters in the names Hiroo Johar and Yash Johar - Karan Johar's parents.

KJo hosted a camp-themed birthday bash for Roohi and Yash at Taj Lands End earlier and the chillar party guest list included AbRam, Taimur, Inaaya, Zain and others. Tusshar Kapoor, who is also a single father to son Laksshya, had given a shout-out to members of the 'single parent's club' with this post. Laksshya was born via surrogacy in 2016 while Ekta Kapoor also opted for surrogacy and welcomed son Ravie in January last year.