"I think audience have loved me so much in this type (referring to serious) of a role that they are not ok seeing me there," Taapsee Pannu said 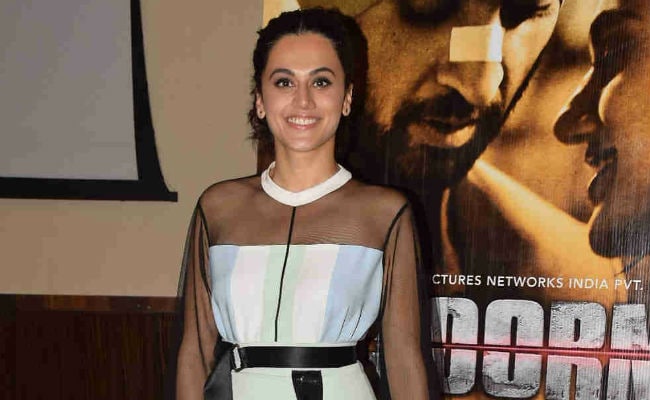 Actress Taapsee Pannu, whose much-anticipated film Soorma hits the screens on Friday, says she feels the audience prefer to see her in 'serious roles and not in other genres,' reports news agency PTI. Taapsee has earned several accolades for her film like Pink, Naam Shabana and meanwhile, she starred in Judwaa 2. "I have been busy doing other films, my calender was so full. Also, I think audience have loved me so much in this type (referring to serious) of a role that they are not ok seeing me there. I am like, let me do it for my breathing space. I don't know if I should feel good or bad about it. But I am still waiting and struggling to get a film like Judwaa 2 again to shift gears," she told PTI.

Just wearing the jersey in #Soorma made me pause and think of the pressure and responsibility that comes with it, I can't even come close to understanding how our sportstars handle the pressure on field and shine through. Congratulations to our Men's hockey team! Truly proud of them for achieving what they have !

In Soorma, a film on former Indian hockey skipper Sandeep Singh, Taapsee co-stars with Diljit Dosanjh, who plays the protagonist. She plays hockey player Harpreet in the film. Of Soorma, Taapsee said that the film is more about Sandeep Singh's life and hockey is a part of it. Sandeep Singh was paralysed after he was hit by an accidental gunshot on a train in 2006. However, he did not give up and returned to play.

"In Soorma, the focus is on his life and the people in his life, the incident that happened and hockey is a part of it," Taapsee told PTI.

After Soorma, Taapsee Pannu's next films are Mulq and Badla.