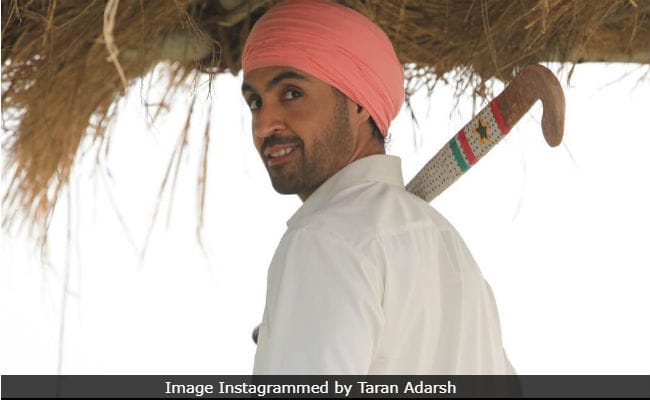 Diljit Dosanjh in a still from Soorma. (Image courtesy:

Diljit Dosanjh's Soorma has managed to collect Rs 21.21 crore within a week of its release, tweeted Bollywood trade analyst Taran Adarsh. The sports biopic collected merely Rs 1.65 crore on Thursday. Mr Adarsh tweeted, "Soorma's business is not in sync with its merits. Was steady [on the lower side] on weekdays...Will have to stay strong in Weekend 2." The film's slow paced performance at the box office can be attributed to its clash with the Hollywood film Ant Man And The Wasp. According to Mr Adarsh's previous tweet, the second week will be extremely "crucial" for Soorma as it might face stiff competition from Shashank Khaitan's Dhadak which opened in theaters today.

In his previous tweet, Mr Adarsh mentioned that though Soormahad a rough start at the box office ,its business improved drastically over the weekend. He wrote, " Considering the low start on Friday morning, the business did escalate over the weekend, but the jump on Sun wasn't substantial enough."

#Soorma has decent weekend... Considering the low start on Fri morning, the biz did escalate over the weekend, but the jump on Sun wasn't substantial enough... Maintaining the pace on weekdays is important... Fri 3.20 cr, Sat 5.05 cr, Sun 5.60 cr. Total: 13.85 cr. India biz.

The film opened to mixed reviews. In his review for NDTV, film critic Saibal Chatterjee praised the film's lead pair for their performance and wrote, "Diljit Dosanjh makes the best of a bad deal. Taapsee Pannu, an actress who always gives the impression that she is sailing through with ease, does her bit to give Soormaits rare convincing moments. Angad Bedi has a meaty role - he digs his teeth into it and steals many a scenes."

Directed by Shaad Ali and produced by Chitrangada Singh,Soorma  is based on the life of legendary hockey player and former captain of the Indian hockey team, Sandeep Singh.