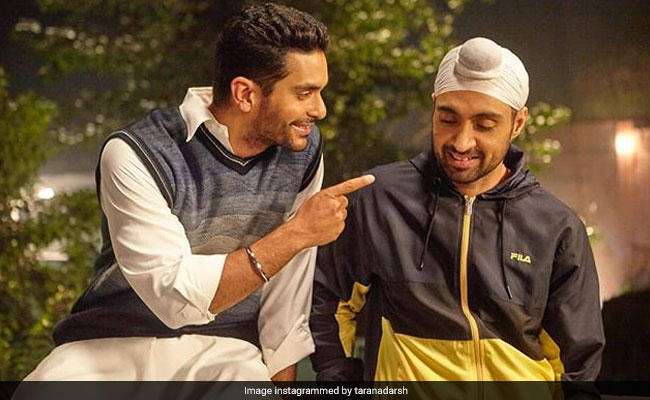 A still from Soorma (courtesy taranadarsh)

Diljit Dosanjh's Soorma may have started on a slow note last Friday clashing with Hollywood's Ant-Man And The Wasp but the film performed way better over the weekend. After six days of its run at the theatres, Soorma has garnered over Rs 19 crores at the box office, trade analyst Taran Adarsh tweeted. As per his prediction, the biopic on former Hockey captain Sandeep Singh should close week 1 with Rs 21 crores, which means, the film needs another two crores to be added from Day 7 collections. Sharing Soorma's progress on the box office meter, this is what Mr Adarsh wrote: "Soorma should collect Rs 21 cr in Week 1, as per trending... Weekend 2 is crucial... Fri 3.20 cr, Sat 5.05 cr, Sun 5.60 cr, Mon 2 cr, Tue 1.94 cr, Wed 1.77 cr. Total: Rs 19.56 cr."

The second weekend will indeed be "crucial" for Soorma as Janhvi Kapoor's debut film Dhadak arrives in theatres tomorrow. Dhadak has already negated massive interest and the possibility of the sports biopic getting overshadowed can't be ignored.

Meanwhile, Ant-Man And The Wasp's opening day collection was over Soorma's by some Rs 2 crores. The Hollywood flick has collected over Rs 24 crores and counting.

In his review for NDTV, Saibal Chatterjee assigned two stars to Soorma but was appreciative of the cast and their performances: "Dosanjh cannot be faulted. He makes the best of a bad deal. Pannu, an actress who always gives the impression that she is sailing through with ease, does her bit to give Soorma its rare convincing moments. Angad Bedi has a meaty role - he digs his teeth into it and steals many a scene. Satish Kaushik, in the role of Sandeep's travelling salesman-father, adds a few bright spots to Soorma."