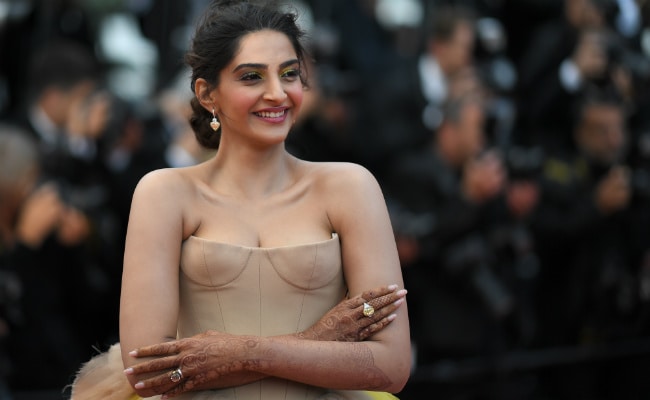 Sonam Kapoor got married on May 8

New Delhi: On her second day in Cannes, Sonam Kapoor wore a tulle dress hand-picked from the studios of celebrated designer Vera Wang and part of her accessories included her bridal mehendi, which is fading gradually but still pretty awesomely prominent. Sonam Kapoor's mehendi-on-the-red-carpet look has made it to fashion reports on international sites, including the fashion gospel Vogue. It singled out Sonam's manicured and mehendi-clad hands as head-turning. "Bollywood actress Sonam Kapoor stepped out with a distinctive below-the-neck beauty signature that made head turns on the red carpet. At a Solo: A Star Wars Story screening, she wore delicate Henna designs etched across her hands," read the piece on Sonam.

Even in Cannes, Sonam was welcomed as a new bride and congratulated on her wedding. Sonam's changed status was hard to miss after the statement-making mehendi and the wedding ring, which perfectly complemented the twinkle of her earrings. Sonam opted for unique Chopard earrings for both her red carpet looks. This is how Vogue reviewed her look: "The traditional Indian form of body art, which the actress also wore at her fairytale wedding to businessman Anand Ahuja just one week prior, was accompanied by a nude manicure and a new wedding ring."

The most glam go with the flow ever

Sonam Kapoor defined royal in an embellished lehenga designed by Ralph and Russo. Sonam went all extra with the traditional as she styled her hair with a nag jadai by Amrapali.

Promoted
Listen to the latest songs, only on JioSaavn.com
Sonam Kapoor married Delhi based entrepreneur Anand Ahuja earlier this month and checked in and out of the Delhi and Nice airports. She's finally back in Mumbai and was spotted navigating the airport in an oversized pant-suit. 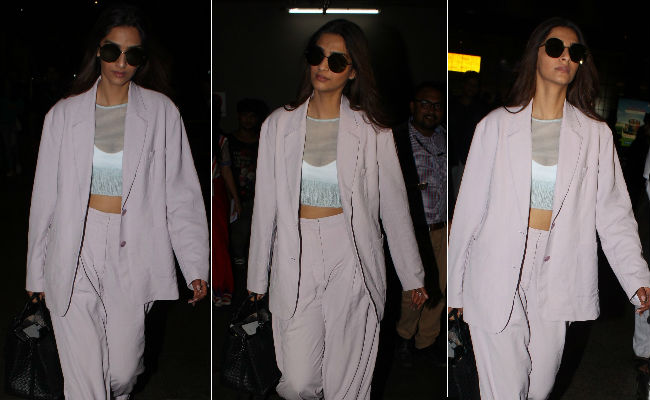 Any comments on Sonam Kapoor's mehendi swag? Tell us in the section below.