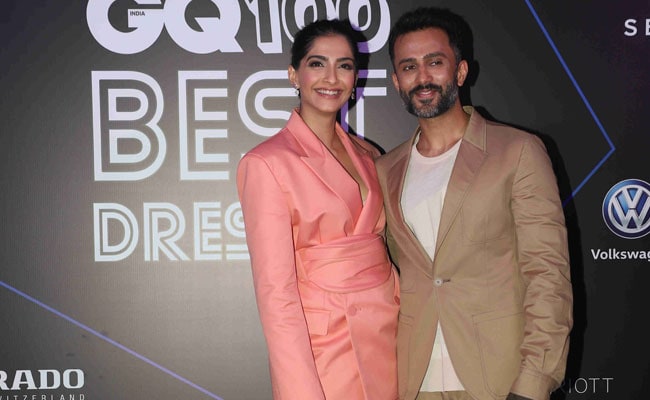 Sonam Kapoor, who is a bona-fide fan of sneakers, said that after her husband Anand Ahuja "passed on" the sneakers "obsession" to her, she would like to sport sneakers with her outfits on any occasion. Sonam gave us a demo also recently at GQ Awards night where she arrived with Anand in a matching pair of sneakers. Many Bollywood and TV personalities made appearances at the GQ 100 Best Dressed Awards this year but it was Sonam Kapoor who stole the show. Actually her sneakers stole the show. Sonam Kapoor attended the award function dressed in a peach-coloured blazer and pants by Fenty and accessorized her look with simple yet elegant earrings and rings by Tasheen Diamond Art. However, Sonam's Jumpman sneakers drew everyone's attention like nothing else did and the actress credited her husband for her look. In a Twitter post, she wrote: "Mr Ahuja has passed on his obsession to me and now I'd rather wear sneakers with my outfits."

Mr Ahuja has passed on his obsession to me and now I'd rather wear sneakers with my outfits.. https://t.co/OMUNDzHHfy

Sonam, who arrived at the event like a boss, shared the photos from GQ Awards on social media.

Sonam Kapoor arrived at GQ Awards Show with her husband Anand Ahuja. The couple, who are known for twinning and matching sneakers, also aced the suited look this time. However, Sonam's love for sneakers should come as no surprise as she's often spotted rounding off her casual and party looks with sneakers. But the credit goes to sneaker devotee Anand Ahuja, who set off the trend by wearing a pair of trainers to his own wedding reception. Anand, who owns the sneaker brand VegNonVeg, wore a pair of white and grey sneakers to go with his kurta-pyjama look in his wedding reception.

First picture of the newlyweds at their reception! #SonamKiShaadi#SonamAnandWedding#SonamKapoorAhuja#EverydayPhenomenalpic.twitter.com/Se19e5XaiV

We also spotted Sonam's sister Rhea Kapoor sporting a pair of sneakers with her lehenga at Sonam's sangeet.

Moving on from Sonam Kapoor, other Bollywood celebrities have also redefined comfort dressing on several occasions. Actress Deepika Padukone also paired her glittering red Zuhair Murad gown with a pair of white sneakers at her wedding reception in Mumbai. Here's the look we are talking about:

It's the girls vs the boys at Deepika-Ranveer wedding bash .. and the girls are winning.. the reactions of Vidya and Hubby and Arshad are proof 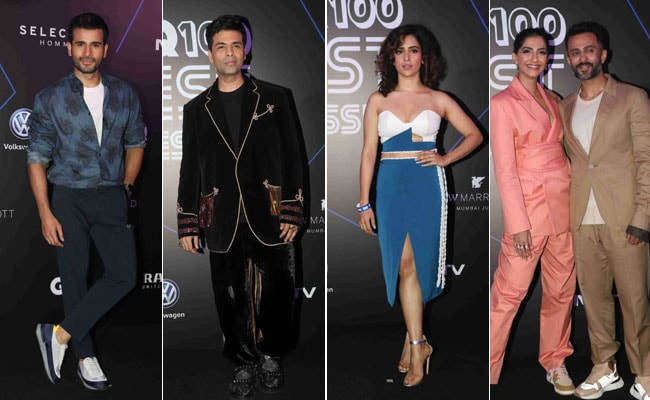 The GQ 100 Best Dressed Awards was held in Mumbai on Saturday.