Sonam Kapoor To Trolls: 'I Will Always Speak Up' 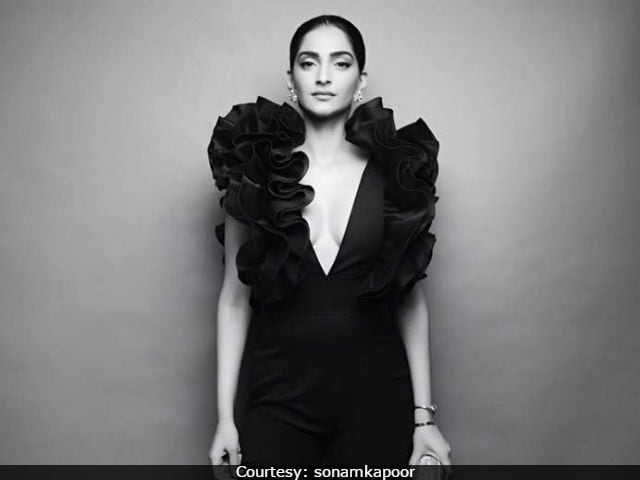 New Delhi: Actress Sonam Kapoor's reply to the trolls became one of the top trends on the Internet today evening. In a recent blog post that she wrote for the Hindustan Times, Sonam Kapoor, asserted that she has the right to speak her mind and express her opinion. She began with, "I'm a terribly self-assured woman. I have a strong sense of self and I don't need you to tell me who I am. The trolls can be sexist and judgmental but I know I'm smart and capable of expressing an opinion. I'm a successful woman, a feminist, a humanist, a national award winner and I say this with a great sense of pride and satisfaction."

Sonam, 31, recently got a special mention for her powerful role in Neerja, that won the National Award for best Hindi feature film.

Sonam, who has expressed her opinion against people fat-shaming Sonakshi Sinha, meat ban and Padmavati controversy, further writes, "I'm an avid reader with a library full of books, I am a consumer of news, an engaged Indian and so very capable of having a discussion on any issue, with anyone. Just because I'm an actor, it doesn't mean I can't have an opinion. I will always speak up."

On Twitter too, Sonam expressed her opinion and wrote:

Promoted
Listen to the latest songs, only on JioSaavn.com
On the anti-national debate, the actress writes in the column, "I'm a proud Indian. I love my country but for some of you - and you're the bigots, not me - I become 'anti-national' only because I ask questions or choose to be critical. Listen to the national anthem one more time. Recall the line you heard as kids, 'Hindu, Muslim, Sikh, Issai...'"