Sonam Kapoor: "I will block this individual but are you doing your part to keep this 'community' safe?" 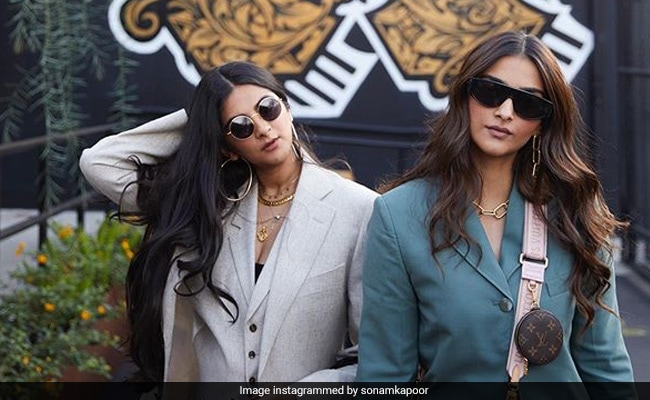 Actress Sonam Kapoor on Tuesday slammed photo sharing platform Instagram for not censoring a vile comment aimed at her sister Rhea Kapoor saying, "I'm happy to block most unnecessarily hateful comments without giving it a thought but what pisses me off is a death threat isn't against your 'community guidelines,' Instagram?" The National Award-winning actress shared a screenshot of the comment and the response sent by Instagram team when the user was reported. Ms Kapoor reported the comment as a "death threat," to which the team of Instagram responded, "We found that this comment likely doesn't go against our community guidelines. If you think we made a mistake, please report it again... If you don't want to see this user on Instagram, you can unfollow, mute or block them to hide their posts and comments from your feed."

Sonam Kapoor wrote, "Of course, I will block this individual but are you doing your part to keep this 'community' safe?"

Here are the screenshots shared by Sonam Kapoor:

Sonam Kapoor is the eldest of actor Anil Kapoor's three children - her sister Rhea is a filmmaker while her brother Harshvardhan is an actor (Bhavesh Joshi Superhero). Rhea Kapoor has produced films like Aisha, Khoobsurat and Veere Di Wedding, all starring Sonam Kapoor. Rhea also doubles as Sonam Kapoor's stylist.

Sonam Kapoor debuted in Bollywood in 2007 with Saawariya and she went on to star movies like Raanjhanaa, PadMan, Dolly Ki Doli, Prem Ratan Dhan Payo and I Hate Luv Storys. She was last seen in 2019 film The Zoya Factor.