Guess Who Styled Baby Sonam Kapoor In This Pic?

Years after the photo was taken, Sonam's sister Rhea Kapoor turned out to be her real-life stylist 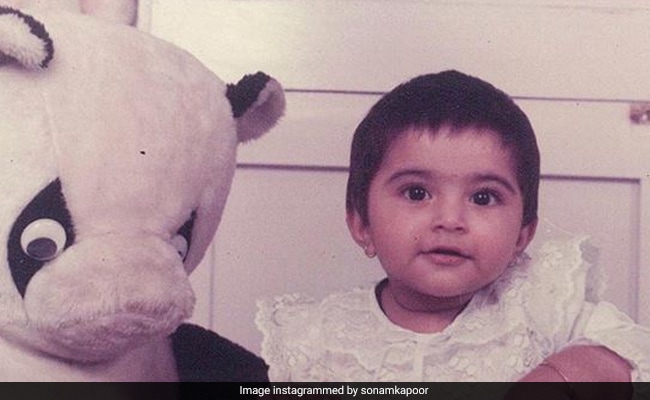 Head to Sonam Kapoor's Instagram for a delightful Throwback Thursday treat! The 34-year-old actress revisited her childhood memories and picked out an adorable golu molu photo of hers from when she was just a baby. Sonam Kapoor, who is a bona-fide fashionista, talked about her "first ever stylist" in the caption. In the throwback photo, baby Sonam Kapoor can be seen standing inside a cot, photobombed by a soft toy. "Throwback to the photo shoot wearing my baby best! Styled by my very first stylist Sunita Kapoor," the actress wrote for her mother. Anil Kapoor and Sunita got married in 1984 and Sonam was born in the following year.

Years after the photo was taken, Sonam's sister Rhea Kapoor turned out to be her real-life stylist. Sonam and Rhea's brother Harshvardhan is an actor. Here's Sonam Kapoor being adorable in baby clothes. "Oh, so cute," Sunita Kapoor wrote in the comments. 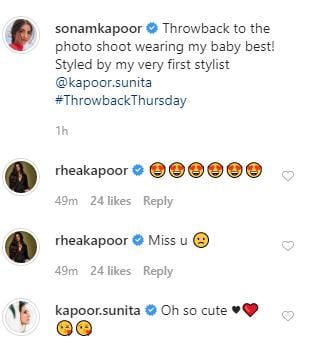 There's plenty of proof on Sonam Kapoor's Instagram that she's always had a unique sense of fashion. Even as a kid. "Fashion obsessed since forever!" she had described herself once.

Fashion obsessed since forever! #ThrowbackThursday
Check out my App for more - https://t.co/v9jcgIrWx3pic.twitter.com/qfVDLqkpHa

Meanwhile, Sonam and Rhea had been twinning long before it became a trend: "We may look super innocent but I can tell we were up to something naughty in this photo!"

We may look super innocent but I can tell we were up to something naughty in this photo! #TBT @rheakapoor @anilskapoor

Happy Birthday Arjun! Whether we're flash dancing in the streets or chasing slopes, it's never a dull moment. You bring so much laughter and weirdness to my life, and all those around you that we really wouldn't have it any other way. I wish you the best birthday, and all my love @arjunkapoor #BrothersSister

On the work front, Sonam was last seen in The Zoya Factor.