Sonam Kapoor on 5 Years at Cannes: Everything is Getting More Glamorous 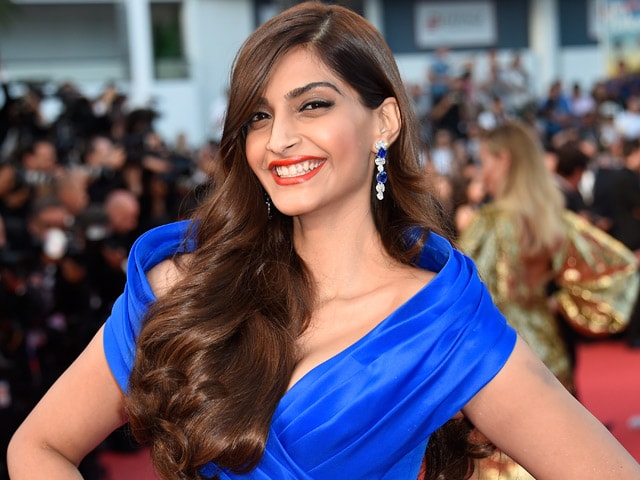 New Delhi: Bollywood actress Sonam Kapoor, whose appearance at the Cannes Film Festival red carpet is one of the most anticipated celeb walks, completed her five years at Cannes, this year.

Talking about her journey with Cannes as L'Oreal brand ambassador, Sonam said that everything is getting 'bigger, better and more glamorous'.

Ina video posted by L'Oreal Paris India on Twitter, Sonam said, "It's my fifth year at Cannes. I've been with L'Oreal for seven years now, and I super excited to be a part of this family and I hope for 10 years at Cannes eventually. This has been an amazing and incredible journey. The make-up's getting better, the shoes are getting higher, the gowns are getting more extravagant and the photographers are way more. Everything is just bigger, better and more glamourous."

You spoke about #5YearsOfSonamAtCannes and she heard you! @sonamakapoor has a special message for you! pic.twitter.com/pukS8u1tJz

Promoted
Listen to the latest songs, only on JioSaavn.com
Earlier in the day she wore an Ulyana Sergeenko dress for L'Oreal make-up tutorial shoot, which was followed by Abu Jani and Sandeep Khosla ruffled sari for media interactions and a brocade gown for L'Oreal make-up genius phone app launch.
This image was posted on Twitter by L'oreal Paris India

In her five years at the Croisette, Sonam has pocketed complements from the fashion police for her fashion chutzpah and impeccable style.