"...No one comes close to your smarts, empathy and capacity for giving and love..." Sonam's caption reads. 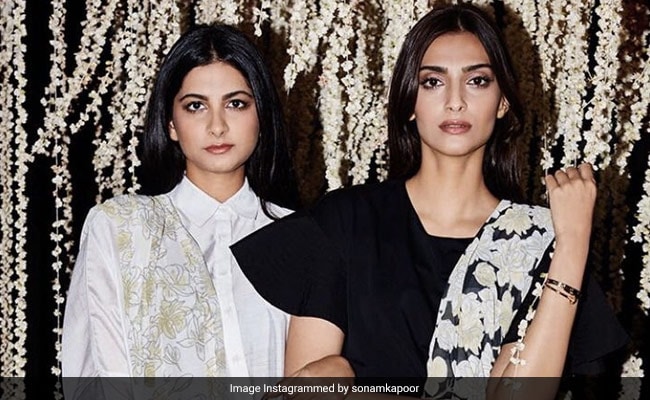 Sonam Kapoor posted a series of photos with her sister Rhea on Instagram. (Image courtesy: sonamkahuja)

Sonam Kapoor's sister Rhea Kapoor turned a year older today. On the occasion, Sonam has wished her "soulmate" sister Rhea a happy birthday. However, this time, she is missing Rhea a lot and the actress's latest Instagram post is proof of it. In her post, Sonam, who is currently in London with her husband Anand Ahuja amid the coronavirus pandemic, shared that it is the first time she has missed Rhea's birthday. She posted a series of pictures with Rhea and wrote a heartwarming note for her on the platform. "Happy happy birthday to my soulmate/bestfriend/sister @rheakapoor , first birthday I've missed because of this ridiculous time (sic)," Sonam wrote.

"I love you so much and miss you more. No one comes close to your smarts, empathy and capacity for giving and love...To always being partners and sisters "Even our phrasin' Sounds like it's coming from one...Nobody's sweating...When we're dueting...Cause we're having such fun (sic)," she added.

In the pictures, we can see Sonam and Rhea enjoying each other's company. Sister goals, we say.

Sonam and Rhea's mother Sunita Kapoor also wished her "princess" a happy birthday on Instagram. Sunita shared a series of pictures, featuring her daughter Rhea on the platform. Sunita showered love on her daughter saying, "Happy birthday my princess...love you soooooo much. You make me so proud to be your mom every single day, my real, quirky, weird, beautiful and magical daughter, stay happy, stay blessed and my you touch unlimited heights of success. Love you , love you and love you more (sic)."