The black and white photo, originally Instagrammed by a fan-club, stars a much, much younger version of Sonam along with her sister Rhea and their pint-sized brother Harshvardhan. 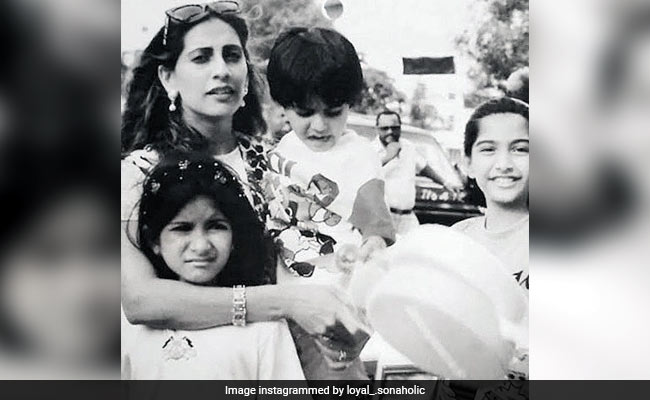 Actress Sonam Kapoor, a true blue fan of throwback memories, spotted an old photo from her childhood on a fan-page dedicated to her. The photo, which clearly brought back memories for Sonam, found a spot on the actress' Instagram story. On Wednesday evening, Sonam shared it on her Instagram story and said nothing. The black and white photo, originally Instagrammed by a fan-club, stars a much, much younger version of Sonam along with her sister Rhea and their pint-sized brother Harshvardhan. The photo also stars the Kapoor siblings' mother Sunita Kapoor, who got married to actor Anil Kapoor in 1984. Sonam was born the following year while Rhea was born in 1987 and 1990.

In the photo, while Sonam can be seen smiling at the camera in the photo, Rhea sports a frowned expression and Harshvardhan is just a baby. Here's the throwback photo that tugged at Sonam Kapoor's heartstrings: 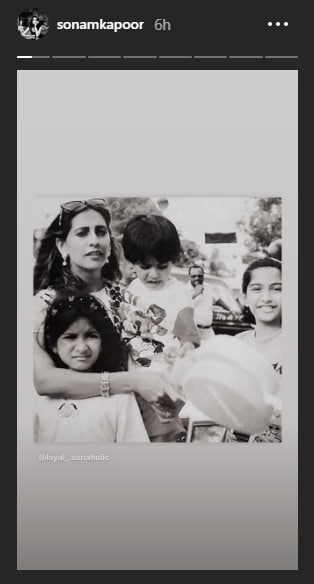 Meanwhile, the Neerja actress' Instagram is a treasure trove of throwback memories, studded with priceless childhood photos. Recently, she shared this photo of hers, revealing she's been a bookworm since a kid: "Nothing has changed since then. Once a bookworm... always a bookworm." Here are a few more blasts from the past from her Instagram:

Nothing has changed since then once a always a bookworm

Sonam Kapoor celebrated her second wedding anniversary with entrepreneur Anand Ahuja in May this year, when the couple were in Delhi, at Anand's house. After relaxations in lockdown restrictions were announced, Sonam recently flew to Mumbai, just in time for her birthday. She was last seen in The Zoya Factor.