Sonam Kapoor Is Absolutely Gorgeous In This Photoshoot. See Pics 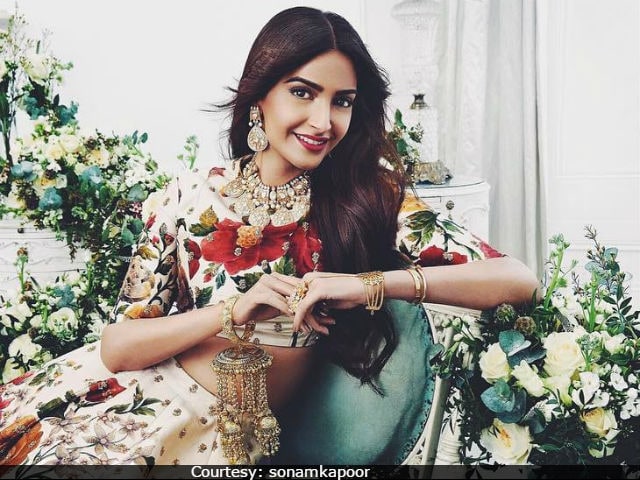 Check out these pictures of Sonam Kapoor.

Sonam Kapoor's parents, Anil Kapoor and Sunita Kapoor, and her rumoured boyfriend Anand Ahuja had accompanied the actress to the 64th National Awards ceremony in New Delhi on May 3. As Sonam took the dais to receive her award from President Pranab Mukherjee, an excited Anil Kapoor's pictures of clicking her daughter's pictures went viral. The actors also shared his emotions on social media and wrote, "Clearly cannot contain my excitement. Surrounded by cameras but a father always turns photographer in these moments! Congratulations Sonam Kapoor!! So proud!!"

Promoted
Listen to the latest songs, only on JioSaavn.com
Anand Ahuja too was equally thrilled and shared an adorable picture of Sonam from the ceremony. "Sonam Kapoor. My fave!" he captioned his post.

Padman, Sonam's next film is based on Arunachalam Muruganantham, an entrepreneur from Tamil Nadu, who invented low-cost sanitary napkins to generate awareness. Radhika Apte also co-stars with Sonam and Akshay in the film. Sonam is also expected to start shooting for Veere Di Wedding soon. The film also stars Kareena Kapoor Khan and Swara Bhaskar.