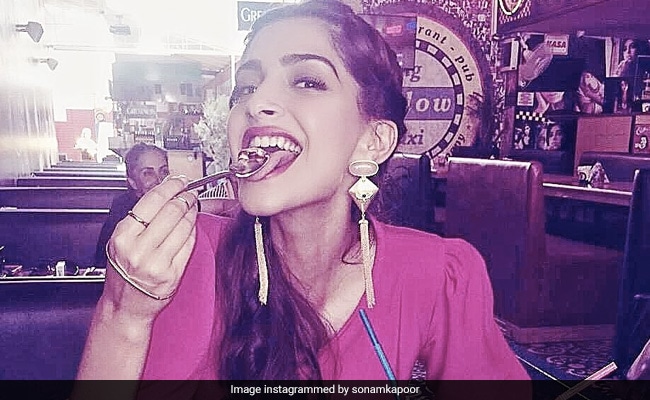 Sonam Kapoor spoke for almost every foodie out there, when she said that she wishes to spend all her money on chaat, after the lockdown ends. The Neerja actress shared a still from her 2010 film Aisha on her Instagram story and she accompanied it with one helluva caption. She wrote, "Pani puri, I am coming for you. Me: Spending all my money on chaat after lockdown." Sonam Kapoor is currently in New Delhi along with her husband Anand Ahuja. 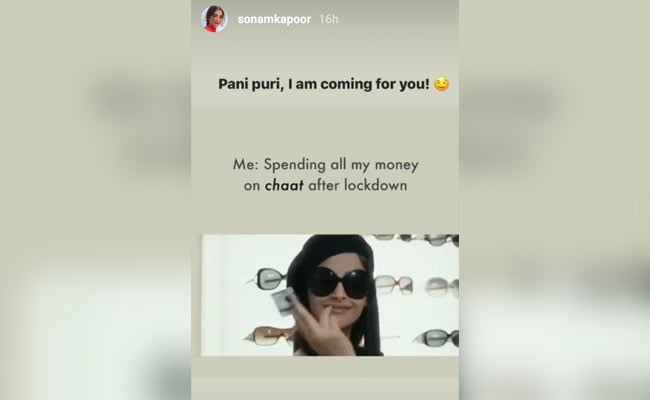 In the wake of the coronavirus pandemic, a 21-day lockdown was imposed by PM Narendra Modi on March 25, this year. Keeping into consideration, the rise in the number of coronavirus cases in the country, the lockdown has been extended till May 3.

Sonam Kapoor has actively been sharing posts on the novel coronavirus, which originated in Wuhan (China) late last year. Here are some of the posts shared by Sonam:

Kindness, Empathy and understanding is the need of the hour. Self discipline, self reflection and isolation is the need of the hour. There isn't any place for negativity, hate, xenophobia, racism and dishonesty. Please please stay at home if you can. Drink hot water as much as you can. Gargle with Salt . Bathe as soon as you come home and don't sit anywhere before you do. Wash clothes immediately or sun them Clean all metal surfaces Don't smoke Hands should be washed several times a day. Elevate zinc and vit c doses. Pets don't spread the virus, so stop abandoning them or killing them. Don't eat cold things. Attack a sore throat immediately. Apparently the virus lives in the throat for 3-4 days before moving to the lungs.