Sonam Kapoor and her sister Rhea have launched their on label now. The brand is called Rheson 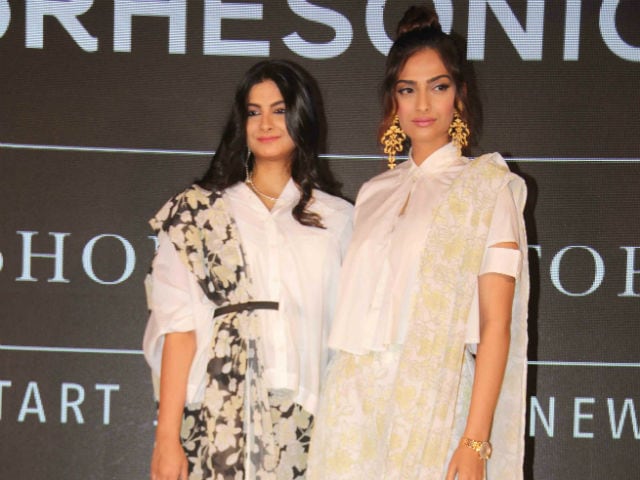 Sonam Kapoor and Rhea Kapoor at the launch of Rheson

Mumbai: Sonam Kapoor has always been known for her chic fashion sense, so it was not really a surprise when she decided to launch her own label. She, along with her sister Rhea Kapoor, who styles Sonam for all her public appearances, got together and launched 'Rheson'. The Kapoor sisters have ensured that their clothes are affordable and not high-end fashion that may be out of reach for many. Sonam Kapoor explains, "We wanted to work on something that is owned by us and had our personal touch on every level. The key to the birth of Rheson was to give girls a platform wherein they do not have to spend money to look stylish. It's like accessible, affordable glamour. While everyone loves high fashion, it's high street that everyone wears. We did not wish to create a couture brand. Our forte lies in the fact that our clothes should become your best friends."

Promoted
Listen to the latest songs, only on JioSaavn.com
Rhea Kapoor added, "Sonam and I wanted to create a brand keeping the Indian girl and her sensibilities in mind. It was also essential for us to have control over the quality, pricing and styles and provide attention to detail, which we have done. Since we are the customer, it was easy to cater to the customer. We have a strong understanding of what girls want. According to me, glamour should be accessible to you, no matter who you are. Our brand is priced in an extremely competitive fashion so that no girl has to think twice before embracing her stylish side"

Sonam Kapoor is expected to leave for Cannes Film Festival 2017 on Thursday. She said she hasn't got enough time to prep for her appearance as she has been busy with the launch of her own label and shooting of her film Veere Di Wedding.