Sonam Kapoor, who will walk the red carpet as the ambassador of a global cosmetic brand, told news agency PTI that she 'has not prepared much' for her appearance at the Cannes Film Festival this time 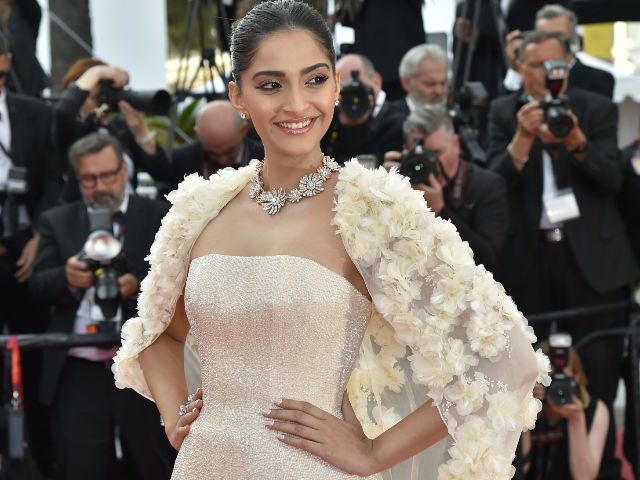 New Delhi: Actress Sonam Kapoor will soon leave for the 70th Cannes Film Festival. The 31-year-old actress, who will walk the red carpet as the ambassador of a global cosmetic brand, told news agency PTI that she 'has not prepared much' for her appearance at the Cannes this time. The Saawariya actress, who recently launched her fashion brand Rheson with her sister Rhea Kapoor, told PTI: "This year, since we are busy doing so many other things, I have not prepared much for Cannes. Usually, my sister Rhea styles me and she is busy making the film Veere Di Wedding. I was busy shooting for two films and promoting our fashion brand Rheson."

The Raanjhanaa actress added that she just plans to have a 'good time' at the Cannes Film Festival.

"We decided not to put any pressure on ourselves and just have a good time. So we don't think about it much. It's not about the status quo of being on the red carpet," PTI quoted Sonam Kapoor as saying.

"We are going for a brand. If it was for a movie, I would've been so stressed out that I would faint on the red carpet. But because it's for a make-up brand, I enjoy doing it. It's about being beautiful and you look beautiful only if you're happy inside and confident," said Sonam Kapoor.

Sonam Kapoor will walk the red carpet at the Cannes Film Festival on May 21-22.

Meanwhile, Cannes Film Festival has kick-started and actress Deepika Padukone was seen walking the red carpet tonight. Earlier today, pictures of the Piku actress soaking up in the sun at Martinez Hotel and her first look for the event went viral on the Internet.

Speaking about Deepika Padukone's look at the Cannes, Sonam Kapoor told PTI that she feels she is 'not in a position to advise' the Bajirao Mastani actress. "I hope she has a good time. I don't think I should be giving any advice to someone who has already walked several international red carpets. I just believe in being myself," PTI quoted Sonam Kapoor as saying.

Promoted
Listen to the latest songs, only on JioSaavn.com
Meanwhile, Sonam Kapoor was recently presented with a 'Special Mention' for her performance in Neerja at the 64th National Awards ceremony. She is currently shooting for R Balki's Padman, co-starring Akshay Kumar. Sonam Kapoor is also working with Rajkumar Hirani in the upcoming biopic on actor Sanjay Dutt.