Sonakshi on Dating Arjun: Watching a Film Together Doesn't Mean You're in Relationship 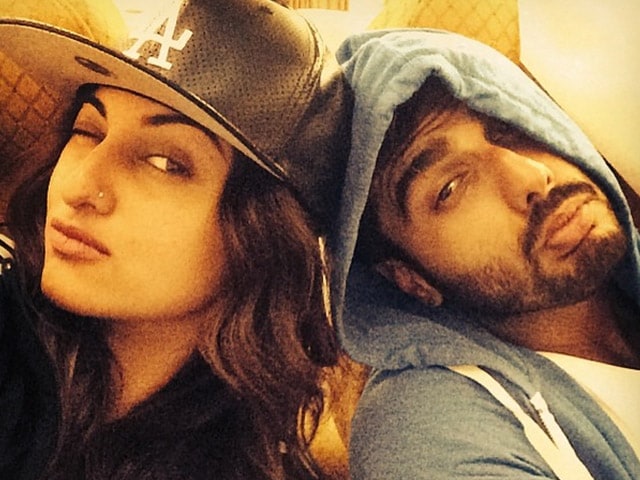 Actress Sonakshi Sinha, who has been linked romantically to her Tevar co-star Arjun Kapoor, says if they work together and watch films together, it doesn't mean they're in a relationship.

Responding to the dating rumours, Sonakshi said, "I don't react to these rumours. You should ask people who write about it. If we work together and if we watch a film together, it doesn't mean you are in a relationship." (Also Read: Arjun Kapoor Says Sonakshi Sinha Never Complained During the Action Sequences of Tevar)

Promoted
Listen to the latest songs, only on JioSaavn.com
Meanwhile, the actress is also happy that she got an opportunity to share screen space with megastar Rajinikanth in southern film Lingaa.

Talking about the film, she said: "This film is in two parts - one is present day and the other one is set in 1940. The story is well written and more than a romantic interest, my character is a supporter who encourages him (Rajinikanth). So it was easier for me. I am extremely happy to work with Rajini sir."