Working With Salman Khan Is An Advantage: Sohail Khan 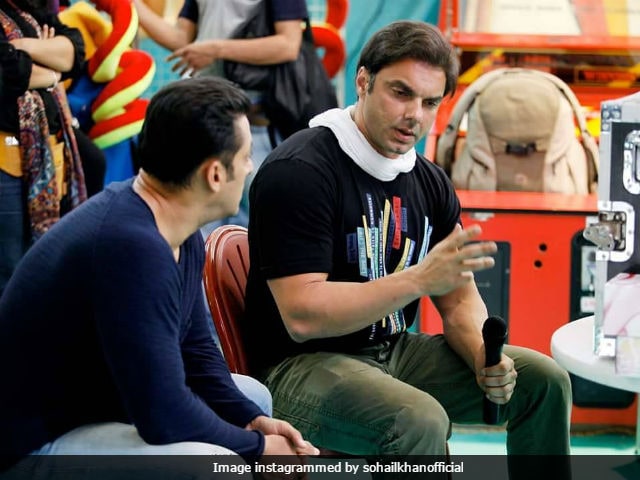 New Delhi: Actor Sohail Khan, who has co-starred with brother Salman Khan in movies like Maine Pyaar Kyun Kiya, Salaam-e-Ishq: A Tribute to Love and Veer, told news agency PTI that it is an advantage to work with him. The 47-year-old actor will be reuniting with the Dabangg actor after a gap of seven years with Kabir Khan's Tubelight. "It was great fun working on this film. I enjoyed working with him (Salman). He and Kabir share a great chemistry. As we know each other so it is always an advantage when we work together. It's easy to communicate. There are times when we don't rehearse and just do the scenes," PTI quoted Sohail Khan as saying.

Tubelight, which is set against the Sino-Indian War of 1962, also stars Chinese actress Zhu Zhu. Actor and Salman Khan's close friend Shah Rukh Khan will be seen making a cameo appearance in the film. Speaking about the 51-year-old actor's part in the film, Sohail Khan told PTI:"I was not shooting at that time so I don't know how was the reunion between them (SRK and Salman). I know he has a guest appearance."

The teaser of Salman Khan's much-awaited film will be out in four days. Filmmaker Kabir Khan and the Bodyguard actor shared a new poster on social media announcing the same.

See the poster shared by them below:

Sohail Khan started his career as a film producer and director. He made his debut as a director with 1997 film Auzaar starring Salman Khan and Sanjay Kapoor. He then directed both of his brothers Salman and Arbaaz in films like Pyaar Kiya To Darna Kya (1998) and Hello Brother (1999).