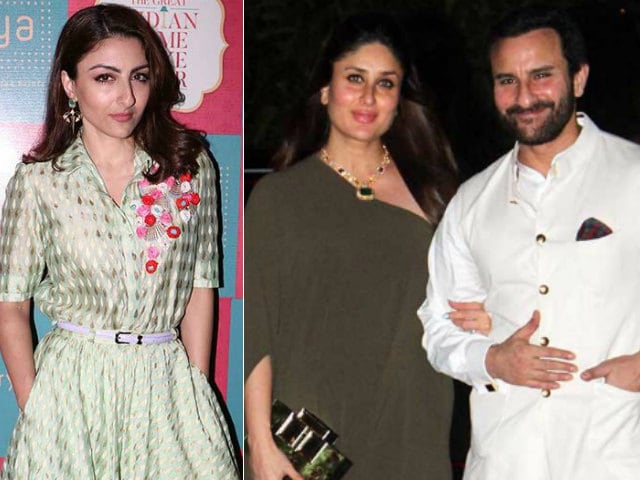 Mumbai: Actress Soha Ali Khan said that there is a lot of excitement in their house to welcome Saif Ali Khan and Kareena Kapoor Khan's first child.

Kareena married Soha's brother Saif in 2012 and the couple are expecting their first child in December.

"There is lot of excitement at home. I am very fond of them as a couple. They are obviously in love and touchwood they have a solid relationship. It is a great phase for them and she is glowing," Soha told PTI.

Meanwhile, at an event, Kareena expressed her displeasure over lot being said and written about her impending pregnancy. When asked about it, Soha feels there has to be a line which shouldn't be jumped.

"I think there used to be a line before but now it's not. How can you ask someone whether it is a boy or a girl? People are asking me whether I want a boy or girl... What do I have in this? There are some questions that we don't ask our friends and family. There has to be a line," she said.

Soha is looking forward to the release of 31st October, a film based on the aftermath of India's former Prime Minister Indira Gandhi's assassination.

Promoted
Listen to the latest songs, only on JioSaavn.com
Also starring Vir Das, the film is set to release on October 7.