Smriti Irani Was Rejected As "Not Fit For TV." Enter Ekta Kapoor

It was Ekta Kapoor's team which rejected Smriti Irani in the first place but Ekta Kapoor overruled the decision and then Kyunkii... Saas Bhi Kabhi Bahu Thi happened 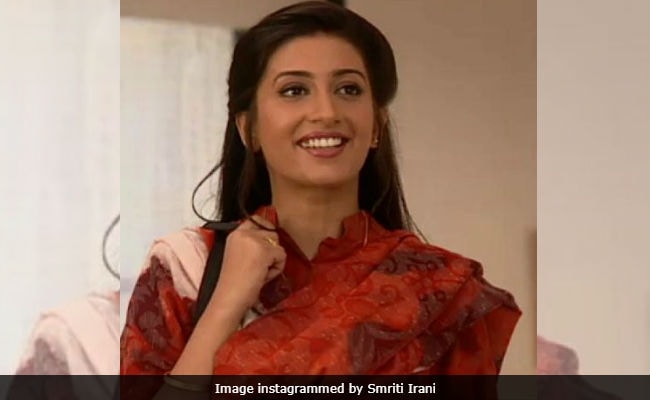 Mumbai: Information and Broadcasting Minister Smriti Irani says producer Ekta Kapoor chose her to lead the cast of Kyunkii... Saas Bhi Kabhi Bahu Thi even though her team had rejected her as "not fit" for television. Ms Irani spoke at the 17th Indian Television Academy (ITA) Awards where she was conferred the ITA Pride of Indian Television award here on Sunday night. "I have been associated with television for over 20 years now. Television gave me a platform to enter Indian political space and I will be forever grateful for that. Also, Ekta Kapoor spotted me among the many young girls who had come for audition and selected me despite her team having rejected me as not fit for TV," said Smriti Irani.

Smriti Irani, a former Miss India contestant, rose to popularity as Tulsi Virani, the protagonist of the saas-bahu show which was launched at the start of the millenium and had a long run of over 1,800 episodes.

Ekta Kapoor and Smriti Irani, who continue to remain friends, made the most of their time together at the ITA Awards event. Ekta even clicked a selfie with her and posted it on social media.

At the gala, Ekta, who was named the ITA Sterling Icon, said: "There is one episode relating to Smriti Irani which I have to narrate. I used to call my nanny 'Amma' and she was so hooked to Smriti's character that every night, she would narrate the happenings from the show to me. So once I took her on the sets to meet Smriti and Smriti bowed down and touched her feet. That image of Smriti will remain with me forever."

Ekta's father and veteran actor Jeetendra said: "My memories of Smriti from her Kyunki... days are still so fresh. Her dedication to her craft was exemplary and it was evident from her young days that she was cut for bigger things."

In the Best Historical/Mythological Serial category, Karmaphal Daata Shani took away the prize, and Dev won the Best Thriller/Horror Serial.

The Best Actress in a Supporting Role went to Rajeshwari Sachdev for Peshwa Bajirao. Among men, it went to her real life husband Varun Badola for Mere Angne Mein.

Promoted
Listen to the latest songs, only on JioSaavn.com
Best Actor in a Negative Role was won by Denzil Smith for P.O.W.: Bandi Yuddh Ke. Kamya Punjabi's role in Shakti - Astitva Ke Ehsaas Ki was lauded among the females.