Simran Movie Review: Kangana Ranaut Is Fine But The Film Doesn't Hold Up 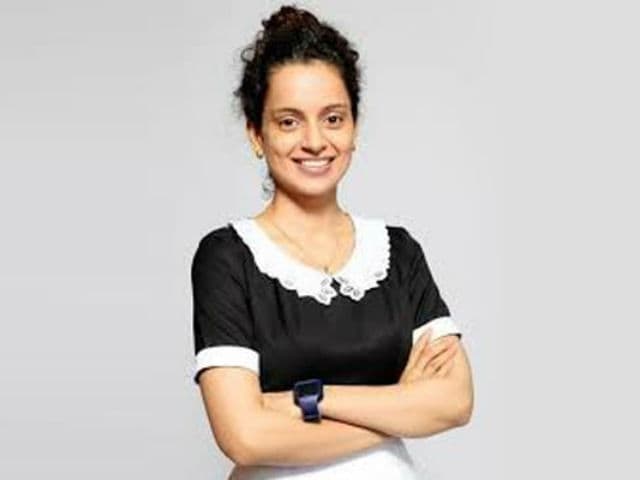 Robbing a bank is traditionally a man's job. According to the FBI, the few women caught in bank robberies are mostly accomplices or driving the getaway car. Of course, the phrase "traditionally a man's job" is anathema to Kangana Ranaut and the defiant characters she plays, which is why Simran - a story based on a real-life female bank robber - sounds tailored for the actress. At one point in the film during a quick Pretty Woman tribute, Ranaut, like Julia Roberts in the 90s film, covets dresses she can't afford but, unlike Roberts, she's the one who singlehandedly raises the money, goes back and shocks the sneering shopgirl. It is a smart and telling alteration. Kangana may well be a pretty woman, but she is also her own Richard Gere.

This can be both amazing and alarming. It is super to watch a self-assured performer vault over any challenge a script throws, but never ideal to see a script contort in order to give the actress room to show off everything she can do - including things that don't necessarily suit the film. Hansal Mehta's Simran works best when breezing along with a light touch, when Ranaut effervescently befriends bartenders and cheerily refuses to take no for an answer. Unfortunately the film, doubling up as a showreel for the actress, pretends also to be a drama, a thriller, even a sweet romance. None of these other gears work well enough, and the eventual result is tedious.

Simran opens well, with Ranaut's character Praful Patel cleaning a hotel room. Part of the Hilton housekeeping staff, she picks up an upturned Milan Kundera book, dusts beneath it, and replaces it carefully as it was, before she makes a bed and scrubs a sink, thorough as can be. This is a laser-focussed Gujarati girl who wants to buy her own house, even though the "Indian temple" in the neighbourhood holds no attraction (it's a Gurudwara), and neither does the nearby kebab shop (she's vegetarian). She wants it because it's a minority housing bargain, and the divorcee can't wait to move out of her parents' house and do her own thing. 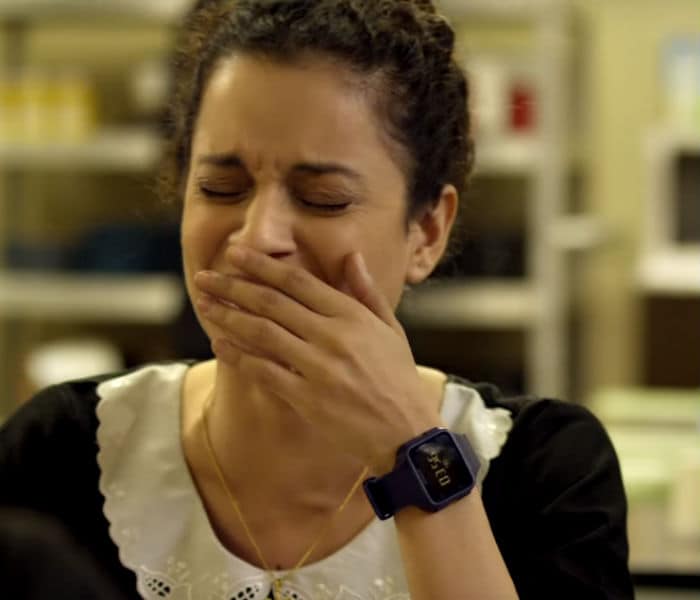 One evening, Praful Patel meets the game James Bond plays. Everything changes once she wins her first hand of baccarat, and soon she's looking up YouTube videos on how to hold up banks and spook cashiers. This is the meat of the film, yet the robberies soon feel repetitive. In a film that seems otherwise realistic and grounded, they come across as unreal and convenient. All her robberies are performed in the same outfit using the same technique - handing a bank teller a note scrawled in lipstick - and while news channels are constantly showing footage of her thefts, people in banks seem blissfully unaware of her modus operandi and fall for it over and over again. Most banks, it seems, don't even have security guards. Just cashiers, one of whom Patel even blows a kiss to as she escapes. Besides Praful, every character in the film is one note, from the rigid father to the helpless mother to the scary moneylender to the sincere suitor. These actors seem particularly stagey and theatrical in contrast with Ranaut, who shines with a spontaneous and often irresistible performance. Sure, her character's English improves and worsens inconsistently, but Ranaut makes it work, especially in brilliant moments like when, about to confess to her crimes, she compares the feeling to that of losing control of her bowels. This may feel like a familiar Kangana performance with a Gujarati accent thrown on, but there's something special about the way she makes the character appear constantly amused by herself.

Promoted
Listen to the latest songs, only on JioSaavn.com
Ranaut and a few clever lines keep the film watchable, until the third act where the script sadistically starts piling misfortune on the character to ratchet up the dramatic tension. This is a bad move, leading to a prolonged climactic chase sequence featuring a leading lady who - we were told near the start of the film - is a poor driver. The last half hour has cringeworthy pacing and feels more mean-spirited than the rest of the film for no good reason. Perhaps we are only allowed one spectacular bank robbery film set in the city of Atlanta in one year. 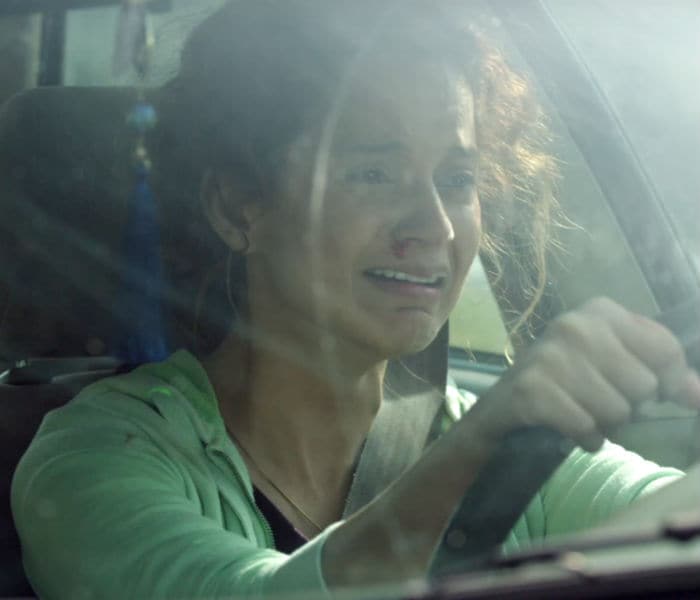 Based on the fascinating story of young nurse and compulsive robber/gambler Sandeep Kaur, this is a film that - judging from the warm, funny bits - would have benefited from an overall jauntiness, in the vein of Catch Me If You Can. Instead we have a film that wants to tell jokes, make us cry and make us gasp, and - with no real flow between the tonally different sequences, save for jarring songs every now and then - only the jokes ever work. (And not all of them. There is a terribly cheesy moment, for example, where we learn why the film is called Simran.) The finest scenes in Simran are the ones where Ranaut is playfully bantering with a Las Vegas bartender. There's true charm and crackle to these moments where he takes a shine to her. She asks him for free fries and, undeterred by their absence, demands and settles for free peanuts instead. I was reminded of a old buddy from school who, when offered cheap beer, used to say, "Free mein toh hum phenyl bhi pee lete hain" - "for free I'd even drink phenyl" - a sentiment Praful Patel would likely applaud. That happens also to be the least disappointing way to consume this film: go watch a good performance and get the rest of the film for free.