"Super stoked to enter the cop universe with the action king himself," wrote Sidharth Malhotra 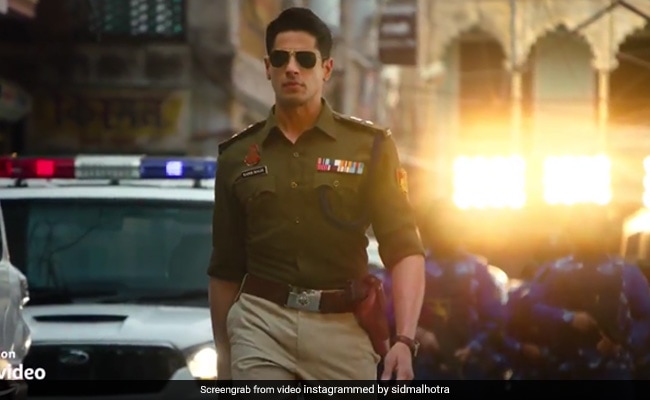 Sidharth Malhotra in a still from the video. (courtesy: sidmalhotra)

Sidharth Malhotra is the latest addition to Rohit Shetty's cop universe. The actor will star in Rohit Shetty's Indian Police Force. The actor announced his association with the project by sharing a teaser of sorts. "When Rohit Shetty sir says action, you know he literally means it! Super stoked to enter the cop universe with the action king himself. Indian Police Force on prime now filming," he captioned the post. The eight-part series marks the digital debut of filmmaker Rohit Shetty. The show also is the first OTT project of Sidharth Malhotra, whose last release Shershaah premiered on Prime Video in August 2021. The film opened to great reviews from critics.

On Tuesday, Sidharth Malhotra teased his Instafam with a picture on his Instagram profile and he captioned it: "Rohit Shetty's cop universe goes digital tomorrow at 11am."

A press statement issued on behalf of Rohit Shetty, read, "I'm delighted to be collaborating with Amazon Prime Video to breathe life into this story which will transcend geographies and linguistic barriers, providing me an opportunity to showcase the same to audiences worldwide," stated news agency PTI.

It added, "I am super excited to be working with the amazingly talented Sidharth Malhotra in this series. I have always strived to push the envelope of action-first entertainment and with this series, I am confident we will create a new benchmark."

A little background about Rohit Shetty's cop universe- Sooryavanshi was the fourth film in Rohit Shetty's cop universe. Ranveer played the role of a police officer in the 2018 film Simmba, while Ajay Devgn starred in the cop series Singham. In Sooryavanshi Akshay played the lead role of Veer Suryavanshi, a character that was introduced as an Anti-Terrorist Squad (ATS) officer in a cameo role in the 2018 film Simmba.