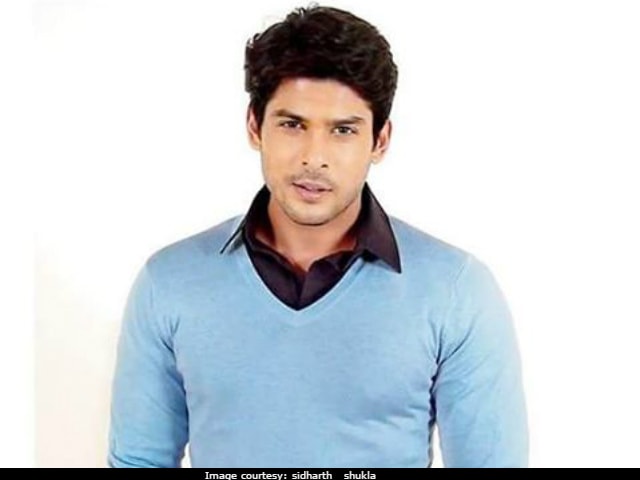 New Delhi: Actor Siddharth Shukla has been the subject of headlines for a while now, for reportedly stalling the shoot of his TV show Dil Se Dil Tak and upsetting the producers. The 36-year-old actor also recently lost his calm and left an interview mid-way, reports Spotboye . The Humpty Sharma  Ki Dulhania actor was asked about rumours that he has been warned by the makers of Dil Se Dil Tak, Shashi and Sumeet, to keep his behaviour in check on the sets of the show, reports Spotboye . According to the report in Spotboye , Siddharth lost his temper during the interview, took off his mic and walked out of it without a response. Siddharth currently stars as Parth Bhanushali, the male lead character, on Dil Se Dil Tak, with Rashami Desai as one of his co-stars.

The report in Spotboye also states that the producers were irked after he delayed one of the shooting schedules by two-and-half hours claiming his vanity van is smaller than that of Rashami's - he reportedly demanded to resume shooting only after getting a bigger van for himself. According to Spotboye , Siddharth also halted shooting complaining that his broken microwave in the vanity van be fixed. After complaints from the cast and crew of the show, the makers of Dil Se Dil Tak reportedly held a meeting with the top bosses of Colors, of which Siddharth chose not to be a part of.

Promoted
Listen to the latest songs, only on JioSaavn.com
Meanwhile, a replacement for Siddharth has already been zeroed in, reported TellyChakkar. Actor Manish Raisinghania has reportedly been roped in to play the male lead on the show. "After a hurried search the makers decided on finalising Manish, who is not only a good actor but has had a warm relationship with the channel when he worked with Sasural Simar Ka," TellyChakkar quoted a source as saying.

Siddharth Shukla has been part of TV shows like Love U Zindagi, Balika Vadhu and Babul Ka Aangann Chootey Na. He has hosted Season 6 of India's Got Talent and been part of reality shows like Khatron Ke Khiladi and Jhalak Dikhhla Jaa. He co-starred with Alia Bhatt and Varun Dhawan in 2014 film Humpty Sharma Ki Dulhania.