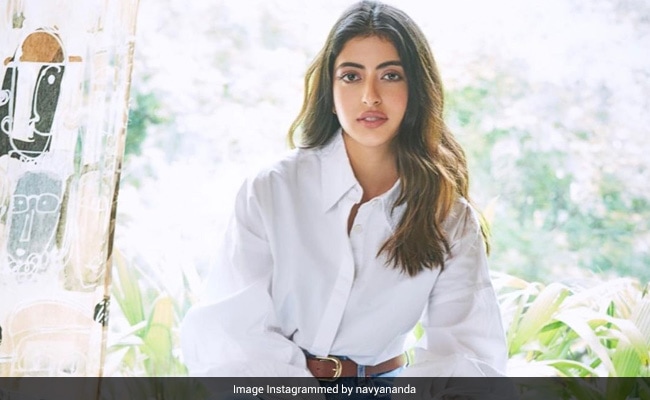 Amitabh Bachchan's granddaughter Navya Naveli Nanda, on Thursday, dropped a bunch of brand new pictures on Instagram. The pictures feature Navya Naveli Nanda posing in a cosy corner of her house. In the caption, Navya shared that the pictures have been clicked by celebrity photographer Rohan Shrestha. In the pictures, Navya can be seen dressed in a classy blue jeans and elegant white shirt. "At home with Rohan Shrestha and Allia Al Rufai," she wrote in the caption. The post received scores of comments from Navya's Instafam and celebrities, but we cannot stop obsessing over the comment from Navya's mother Shweta Bachchan Nanda. In her comment, Shweta lauded Navya for how "well" she "cleans up." Shweta Bachchan wrote: "You clean up well." Rohan Shrestha agreed to Shweta Bachchan Nanda in his reply to her comment. "She does," Rohan Shrestha wrote.

Navya Naveli Nanda passed out from New York's Fordham University last year. She started her health and wellness venture - Aara Health. Navya also started another venture by the name of Project Naveli, which aims at addressing the issue of gender inequality in the country.