Shruti Haasan, who indeed had a fabulous 35th birthday, thanked Santanu Hazarika for making it memorable 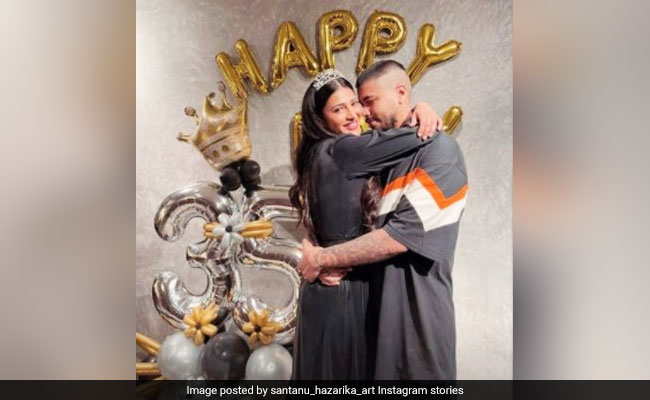 Shruti Haasan celebrated her birthday with her boyfriend (courtesy santanu_hazarika_art)

Actress Shruti Haasan turned a year older on Thursday and celebrated her 35th birthday with her boyfriend Santanu Hazarika and friends in Mumbai. On her birthday, Shruti was showered with best wishes from celebs such as Rakul Preet Singh, Rana Daggubati and others but the special wish from her boyfriend was the cherry on top. Sharing a photo from the birthday celebrations, Santanu Hazarika kept it simple as he wished Shruti Haasan with this message: "Happy birthday, love." In the photo, Shruti and Santanu can be seen sharing a loved-up moment. Shruti Haasan, who indeed had a fabulous 35th birthday, thanked Santanu for making it memorable: "Thank you for making my birthday special." Santanu Hazarika is a doodle artist and an illustrator and also the founder of Guwahati Art Initiative.

Here's what Shruti Haasan wrote while sharing the birthday message from Santanu: 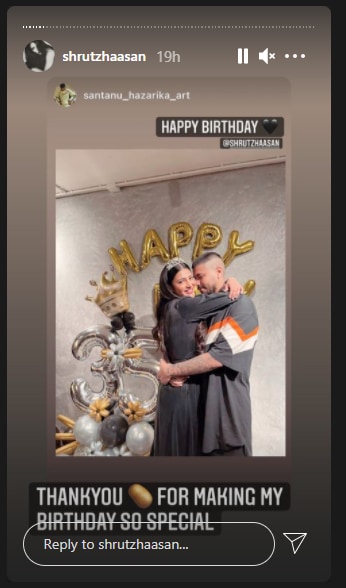 Shruti Haasan, who is often spotted with Santanu Hazarika in and around Mumbai, wrote about the lessons and changes she's welcomed in her new phase of life in a birthday-special post: "Filled with gratitude and joy! This has been the best phase of my life and I'm thankful for my lessons and the journey ...I've grown and changed in ways that have shaped my vision of the future I want for myself filled with light and creativity - I want to take a second to say a giant thank you to my virtual family for making my birthday so special. Thank you for all your wishes I feel so loved."

Just a day before her birthday, Shruti Haasan and Santanu Hazarika were photographed shopping in Mumbai together. 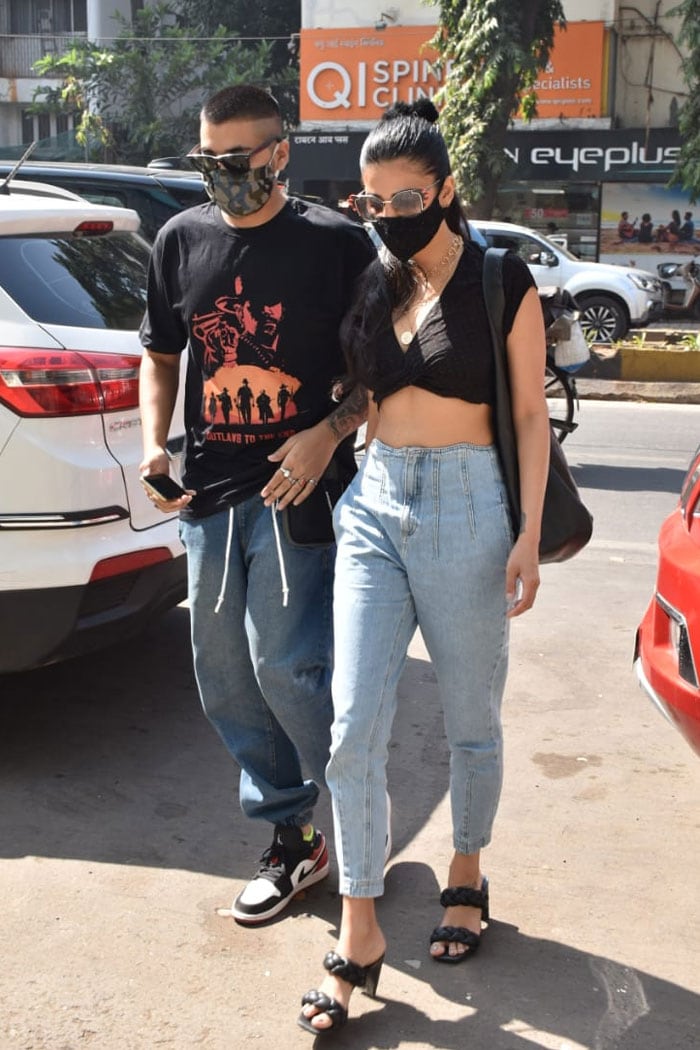 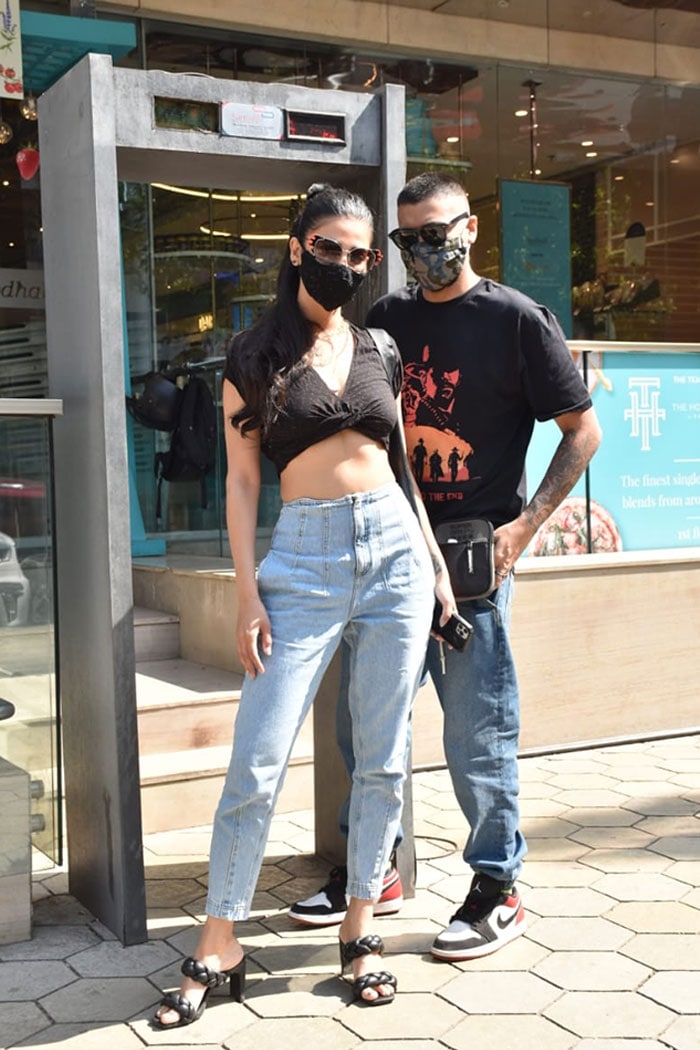 Shruti Haasan is the eldest of Kamal Haasan's two daughters. Her sister Akshara is also an actress. Shruti Haasan was last seen in Tigmanshu Dhulia's movie Yaara, ahead of which she featured alongside an ensemble cast in the short film Devi. Shruti has also starred in Bollywood films such as Rocky Handsome, Welcome Back and Ramaiya Vastavaiya. She also voiced the character of Elsa in the Tamil version of Disney's Frozen 2. Her upcoming projects include films such as Putham Pudhu Kaalai, Krack and Vakeel Saab.