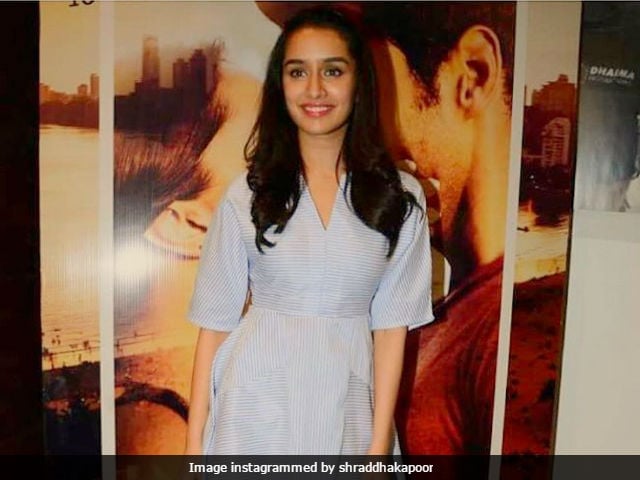 New Delhi: Shraddha Kapoor, who will be celebrating her 30th birthday on March 3, had a pre-birthday party with her family in Mumbai. The Haider actress posted some heartwarming pictures of her pre-birthday bash on social media. A family picture posted by her was captioned: "Early birthday celebration with the family before I leave tonight!!! Best times!!!!!(sic)". Shraddha Kapoor will reportedly be celebrating her birthday with her friends in Europe. She also posted a photograph with her spot boy Raju. The duo share the same birthday and are seen cutting the cake together on the set. The Baaghi actress wrote that it was a privilege to share her birthday with spot boy Raju and that he has always been there for her.

See the adorable pictures posted by the ABCD 2 actress here:

Early birthday celebration with the family before I leave tonight!!! Best times!!!!! pic.twitter.com/biCxT1Hh3y

Promoted
Listen to the latest songs, only on JioSaavn.com
Shraddha Kapoor began her acting career with 2010 movie Teen Patti in which she had a brief role. The actress bagged her first lead role in the 2011 film Luv Ka The End. Shraddha Kapoor was last seen in Shaad Ali's Ok Jaanu opposite Aditya Roy Kapur. She will next be seen romancing Arjun Kapoor in Half Girlfriend. The film, which has been directed by Mohit Suri, is based on Chetan Bhagat's novel of the same name. The movie is scheduled to release in theatres on May 19.

Shraddha Kapoor is currently shooting for Haseena: The Queen of Mumbai. The film is being directed by Apoorva Lakhia and produced by Nahid Khan. The movie is based on terrorist Dawood Ibrahim's sister Haseena Parkar. This will be the first time that the Ek Villain actress will be essaying the role of a protagonist. Her brother, Siddhanth Kapoor will be portraying the role of Dawood Ibrahim in the film.