"It's an absolute delight for me to play a Nagin on screen," wrote Shraddha Kapoor 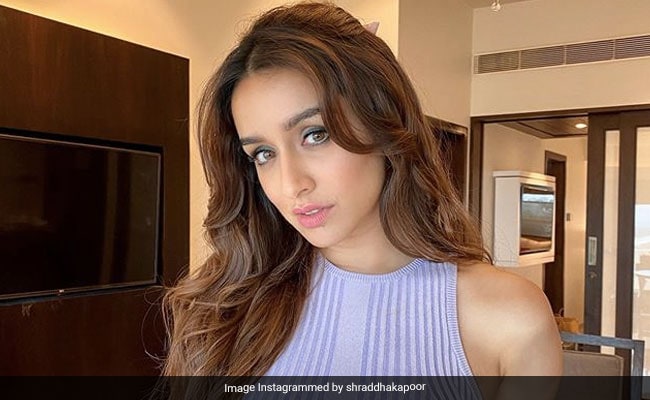 Shraddha Kapoor has been roped in to portray the "icchadhari nagin", a folklore character seen in movies such as Sridevi's 1986 film Nagina and its sequel Nigahen: Nagina Part 2. Shraddha Kapoor made the big announcement in a tweet on Wednesday, writing: "It's an absolute delight for me to play a Nagin on screen. I have grown up watching, admiring and idolising Sridevi ma'am's Nagina and Nigahen..." The project is like a dream come true experience for Shraddha, who added in her tweet: "...And have always wanted to play a similar role rooted in Indian traditional folklore." In the past, actresses Reena Roy and Rekha have also portrayed "icchadhari nagin" on screen in the movie Nagin (1976).

It's an absolute delight for me to play a Naagin on screen. I have grown up watching, admiring and idolising Sridevi ma'am's Nagina and Nigahen and have always wanted to play a similar role rooted in Indian traditional folklore. @Nikhil_Dwivedi@FuriaVishal@saffronbrdmedia

Sharing updates about Shraddha Kapoor's new project, Trade analyst Taran Adarsh said that Nagin will be made as a trilogy. It will be directed by Vishal Furia and produced by Nikhil Dwivedi.

IT'S OFFICIAL... #ShraddhaKapoor to portray ichhadhaari nagin... The film - titled #Nagin - is designed as a trilogy, 3-film series... Directed by Vishal Furia... Produced by Nikhil Dwivedi.

However, Shraddha hasn't shared details about when she will start the schedule of Nagin. Earlier this year, in an interview with ET, Shakti Kapoor had said he wasn't going to let Shraddha start working just yet because of safety concerns: "I will not go out and work for now, nor will I allow my daughter Shraddha to resume work. I don't think the threat is gone. I feel the worst is yet to come. I won't let my children out for now. I know work is important but not at the cost of one's life. It will be very chaotic if people start shooting now."

Shraddha Kapoor is best known for starring in films such as Aashiqui 2, Ek Villain, OK Jaanu, Half Girlfriend, Haseena Parkar, Batti Gul Meter Chalu, Chhichhore and Street Dancer 3D among others. She was last seen in Baaghi 3, which released earlier this year before the pandemic outbreak.