"It was difficult to turn it down," said Shraddha Kapoor 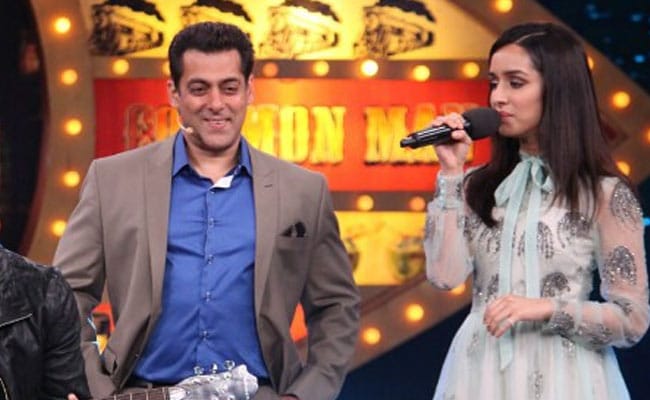 Salman Khan and Shraddha Kapoor on the sets of Bigg Boss.

Did you know that Shraddha Kapoor could have made her Bollywood debut with Salman Khan? Yes, you read that right. The actress, in a recent interview with Hindustan Times, revealed that she was offered a film with Salman when she was 16-year-old. However, she said no to the project because she wanted to "focus on her studies" at that point of time. Shraddha, later, made her Bollywood debut with the 2010 film Teen Patti, which also starred legendary actors like Amitabh Bachchan and Ben Kingsley. The film also featured Madhavan and Raima Sen in pivotal roles. "I felt that at the age of 15 or 16, I was too young and wanted to finish schooling and attend college. I don't think getting offers back then has defined my success. But it was difficult to turn it down and focus on studies because it was such a fantastic opportunity to work with Salman Khan," Shraddha said.

On the work front, Shraddha Kapoor was last seen in the recently-released film Baaghi 3, in which she co-starred with Tiger Shroff. The film opened to mixed reviews from film critics.

Shraddha Kapoor, daughter of actor Shakti Kapoor and Shivangi Kolhapure, is best-known for her performances in films such as Saaho, co-starring Prabhas, Street Dancer 3D with Varun Dhawan, Aashiqui 2, opposite Aditya Roy Kapur,Ek Villain, alongside Sidharth Malhotra. She has also featured in films such as Stree, Chhichhore, Half Girlfriend and Ok Jaanu among others.

Salman Khan was last seen as the host of the TV reality show Bigg Boss 13. In terms of films, his last release was Dabangg 3. The actor will next be seen in Radhe: Your Most Wanted Bhai.