Salman Khan ends the video saying, "This should be the way you paint" 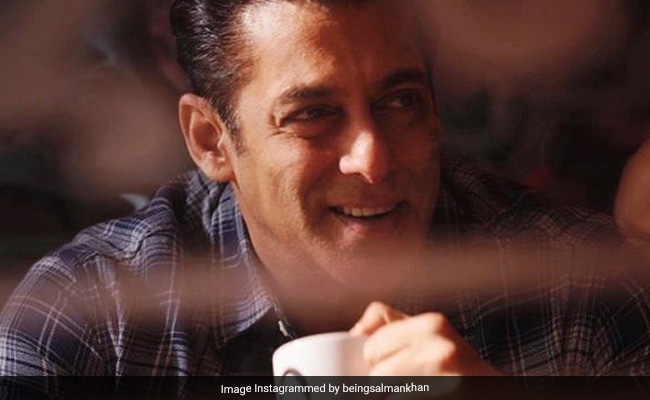 This IGTV video of Salman Khan sketching an abstract picture of two women will surely brighten up your morning. Salman Khan, on Wednesday, shared a video on his Instagram profile, where he can be seen taking up charcoal to sketch an artwork on paper. He began his sketching session by saying, "The way we dress is perhaps the best thing that our culture has ever done." In the video, the Tere Naam actor can be seen humming the title track of Kaho Naa... Pyaar Hai while he carefully smudges the charcoal with his finger to create a beautiful monochrome artwork. At the end of the video, he points to his sketch and says, "This should be the way you paint." Sharing the video, Salman captioned it, "Sketching." Take a look:

If not in films, Salman Khan could have been a full time painter. The 54-year-old actor has made several paintings, some of which were auctioned and many of which he gifted his colleagues. In 2015, Salman Khan gifted Kareena Kapoor a painting, which he made while filming Bajrangi Bhaijaan with her.

Salman also scoops out time from his busy schedule to paint with his nephew Ahil. Take a look at this adorable video posted by Salman's sister Arpita, where Salman Khan can be seen instructing Ahil (covered in paint) to move on the canvas.

On the professional front, Salman Khan was last seen in the 2019 action-comedy Dabangg 3 where he shared screen space with Sonakshi Sinha and Arbaaz Khan. He has Prabhu Deva's action film Radhe: Your Most Wanted Bhai in the pipeline. Slated to release on May 22, Radhe also stars Disha Patani, Randeep Hooda and Jackie Shroff.