Shibani Dandekar: "I don't think you need to write a caption or say something, it's there in the picture(s)" 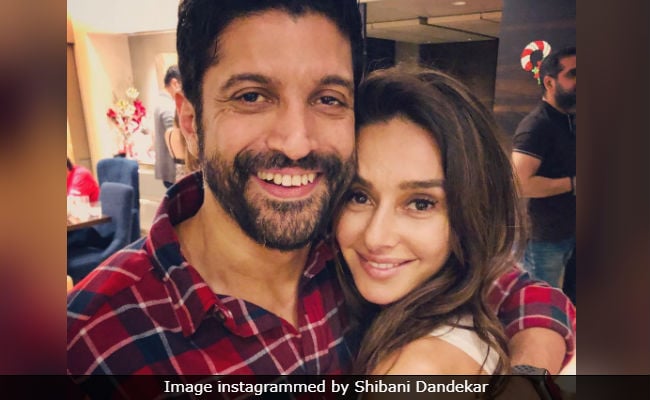 Shibani Dandekar said she's got nothing to hide or to announce when asked if she's dating actor Farhan Akhtar in an interview with Hindustan Times. Farhan and Shibani frequently book a spot on the list of trends simply by posting pictures of them on social media. Speaking to HT, Shibani says it's "not a strategy" and added: "I think a picture speaks a thousand words. When I post something, it's there for the people to see. I don't think you need to write a caption or say something; it's there in the picture(s). Whatever is there is what you want to take and make from it... I don't think we are going out about to hide anything or announce anything. It is what it is."

When HT asked Shibani how she deals with the media focus on her relationship status and her social media updates including Farhan, she said: "I don't feel anything about that at all. We are putting out what we put out. People are going to take it however they want to. Anything they have gathered is from social media handles anyway, so it's not something 'uncovered' kind of. I just post what I want to, it's as simple there's no strategy or trying to send out a message in any way."

Shibani Dandekar has featured in films such as Noor, Roy and Shaandaar and she's currently filming the Telugu and Tamil remakes of 2014 film Queen. She plays Lisa Haydon's character Vijaylaxmi in both the versions.

Reports of Shibani and Farhan dating cropped up after they featured in each other's social media posts last year. Farhan was earlier married to celebrity hair stylist Adhuna Bhabani and they are parents to two daughters Shakya and Akira.