"She Finally Learnt How To Live In The Now," Writes Rhea Chakraborty After Attending Shibani Dandekar-Farhan Akhtar's Wedding

Rhea Chakraborty has actively been sharing pictures from the "rhenew" series 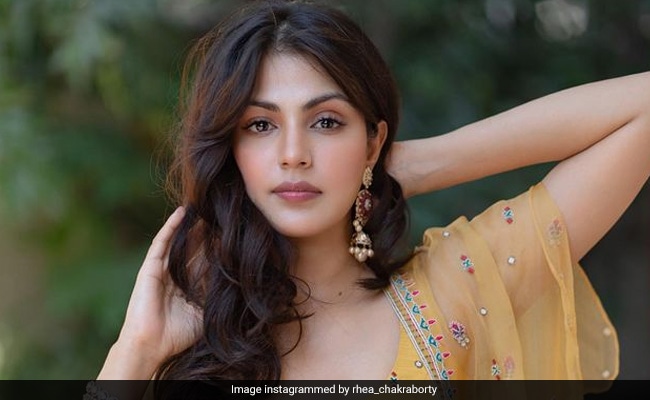 Actor Rhea Chakraborty is rediscovering happiness - one day at a time. The actress has actively been sharing a set of happy pictures of her looks from friend Shibani Dandekar and Farhan Akhtar's wedding festivities. Rhea attended all the wedding festivities of the couple that began last week. Sharing a set of pictures of herself in a yellow lehenga, Rhea wrote: "Sometime or the other, somewhere somehow, she finally learnt how to live in the now. - RC #rhenew". She added sparkling emojis to the caption."

Earlier, Rhea shared these pictures and she captioned them: "Sunshine and smiles." She added the hashtag #rhenew.

Earlier this month, Rhea resumed work after 2 years. She wrote in her caption: "I went to work after 2 years. A big thankyou to all the people who stood by me through my toughest times. No matter what , the sun always shines. NEVER GIVE UP." She added the hashtags #rhenew and #gratitude.

Rhea Chakraborty had a tumultuous few months after actor Sushant Singh Rajput's death. Sushant Singh Rajput was found dead at home in Mumbai on June 14 2020, his death was investigated by the Central Bureau of Investigation or CBI, who questioned Rhea Chakraborty and her family members as well as some of Sushant's staff. Rhea and her brother Showik were arrested by the Narcotics Control Bureau or NCB in a separate drugs probe.

In terms of work, Rhea was last seen in the thriller Chehre that featured Emraan Hashmi and Amitabh Bachchan in lead roles.

Kamal Haasan Hospitalised With Mild Fever, To Be Discharged Soon