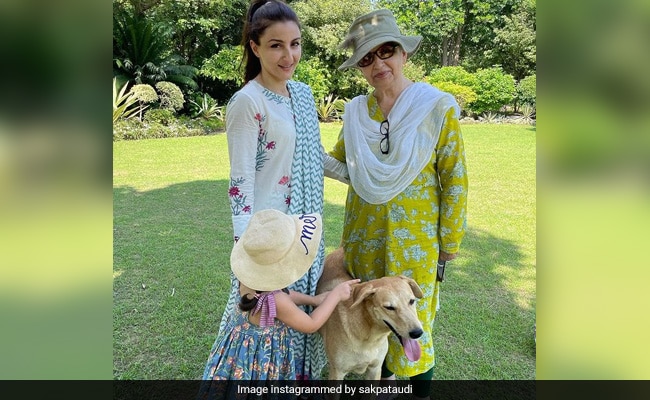 Soha Ali Khan is an active social media user. She often shares beautiful pictures of herself and her family. On Monday, the actress posted a photo with her mother and actress Sharmila Tagore and daughter Inaaya Naumi Kemmu from their day at the ancestral home Pataudi Palace. The three generations of Pataudi women can be seen wearing attires with pretty floral prints. Inaaya wore a big hat and can be seen playing with a dog. Soha captioned the photo as, "Three generations of women! (and a dog)."

Soha Ali Khan also shared a bunch of pictures while playing with daughter Inaaya and a solo picture of herself posing for the camera. Sharing the photo, Soha wrote, "Summer."

Soha also posted pictures and videos on Instagram stories. One video showed her playing Scrabble with mom Sharmila, who was calculating the points won by each. In the end, Sharmila got 258 points while Soha lost by 10 points. 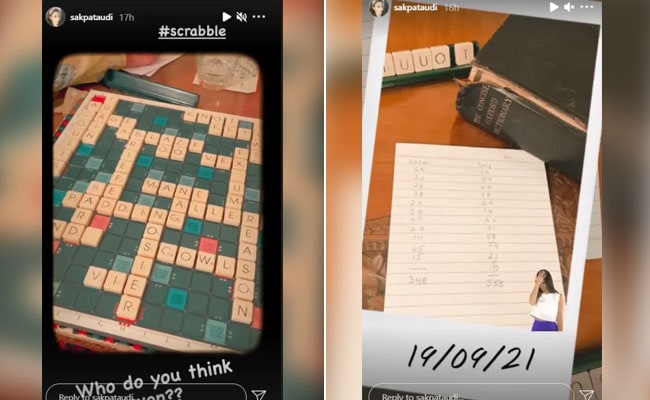 On Sunday, the actress shared a set of images of herself chilling on the grounds of her home. Soha captioned the photo as, "Pataudi," with a purple heart emoji.

Soha Ali Khan is the younger daughter of Sharmila Tagore former Indian cricket captain, Mansoor Ali Khan Pataudi. She has been married to Kunal Kemmu since 2015, with whom she welcomed her daughter, Inaaya, on September 29, 2017. Saba Ali Khan and Saif Ali Khan are Soha's elder siblings.