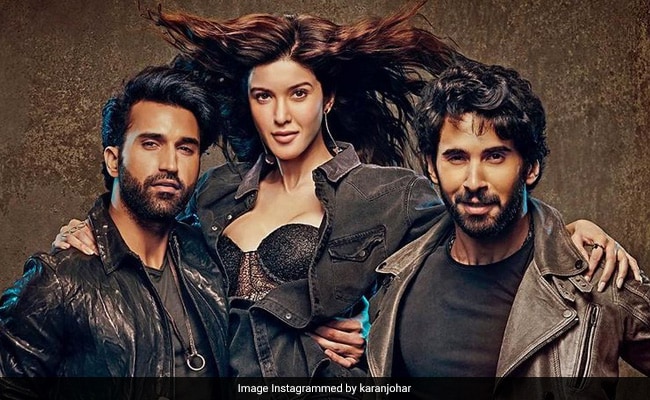 Actor Sanjay Kapoor and The Fabulous Lives Of Bollywood Wives star Maheep Kapoor's daughter Shanaya Kapoor is set to make her big Bollywood debut with the film Bedhadak, which will be directed by Shashank Khaitan and it will be produced by Karan Johar.. Sharing her first look from the film, KJo wrote: "Introducing the gorgeous Shanaya Kapoor as Nimrit in Bedhadak. An enchanting force to look out for, I can't wait to see the energy she brings onto the screen." Shanaya announced her association with the project with these words: "I am extremely grateful and humbled to join the Dharma Family with Bedhadak - directed by the brilliant Shashank Khaitan. I can't wait to kickstart this journey, I need all your blessings and love."

The film's producer Karan Johar also shared a picture of Shanaya with co-stars Lakshya and Gurfateh Singh Pirzada. He captioned it: "We're bringing to you a new era of love - one that's filled with passion, intensity and boundaries that will be crossed...Bedhadak. Starring, our latest addition to the Dharma Family - Lakshya, Shanaya Kapoor and Gurfateh Singh Pirzada! Directed by the exceptional Shashank Khaitan."

Sharing Lakshya's first look from the film, Karan Johar wrote: "Looks that will melt your heart just as easily as his smile will. Presenting Lakshya as Karan in Bedhadak. Directed by the maestro of emotions, Shashank Khaitan."

Shanaya Kapoor began her career as an assistant director with the 2020 Netflix film Gunjan Saxena: The Kargil Girl, which featured her cousin Janhvi Kapoor in the lead role. Shanaya's cousin Janhvi Kapoor also debuted in a Dharma Productions film, which was directed by Shashank Khaitan, titledDhadak. Shanaya Kapoor also made cameo appearances in in Netflix's smash hit The Fabulous Lives Of Bollywood Wives. She came into the limelight when she made her debut at the Le Bal in Paris in the year 2019.

Karan Johar has quite a bit of a reputation for launching several star kids like Alia Bhatt and Varun Dhawan, Sridevi and Boney Kapoor's daughter Jahnvi, to name a few. Alia is the daughter of filmmaker Mahesh Bhatt and actress Soni Razdan while director David Dhawan is Varun's father. The debate on nepotism started after Kangana Ranaut labelled Karan Johar as the "flagbearer of nepotism," when she made an appearance on his chat show in 2016.