Shahid Kapoor tweeted: "Arjun Reddy was loved and appreciated now it is time for Kabir Singh!" 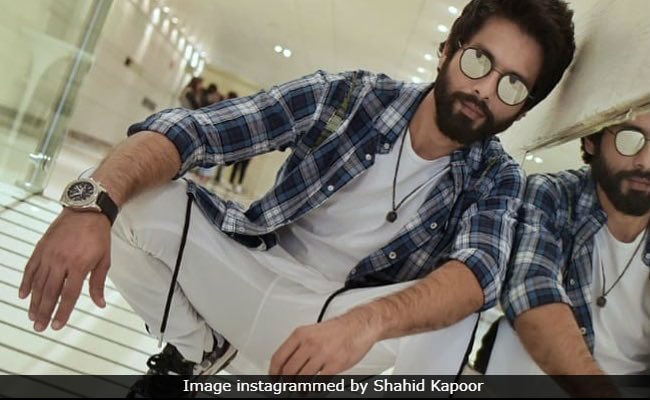 The remake of Telugu film Arjun Reddy will be called Kabir Singh in Hindi. Shahid Kapoor, who is stepping into actor Vijay's shoes for the remake, tweeted on Friday: "Arjun Reddy was loved and appreciated now it is time for Kabir Singh! Get 'reddy' to see him in 2019." Shahid also shared the film's first poster, which depicts a tightly clutched fist, which also alludes to the shape of the heart. The eponymous protagonist of Arjun Reddy was a brilliant surgeon, whose life turned upside down after he is separated from the woman he loves. In Kabir Singh, actress Kiara Advani has been cast opposite Shahid Kapoor.

#ArjunReddy was loved and appreciated now it is time for #KabirSingh! Get reddy to see him in 2019.@Advani_Kiara@imvangasandeep@itsBhushanKumar@MuradKhetani#KrishanKumar@ashwinvarde@Tseries@Cine1Studios@KabirSinghMoviepic.twitter.com/WINiYR8875

Speaking about how the team decided on the protagonist's name, which was also the film's title, director Sandeep Reddy Vanga told news agency IANS: "When we started work on the Hindi script, it was a very exciting journey. Kabir Singh, as the protagonist's name, came naturally, considering the character's graph. Kabir Singh has the same punch and madness of Arjun Reddy."

Kabir Singh will be shot extensively in Mumbai, Delhi and Mussoorie. As per the IANS report, Shahid Kapoor will sport four different looks in the film and has been preparing for it over the last three months. "It's all about taking Kabir Singh to the next level," said the director.

Shahid Kapoor recently took a short break from his packed schedule to spend some time with his newborn son Zain and wife Mira Rajput and their two-year-old daughter Misha.

He was last seen in Batti Gul Meter Chaalu.