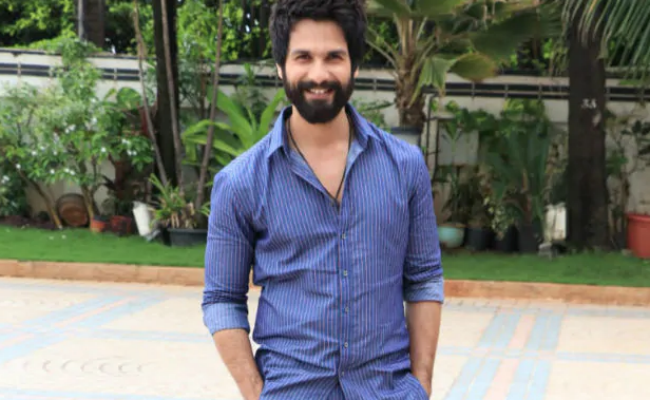 Shahid Kapoor at a promotional event in Mumbai.

Just a week after Tara Sutaria announced her exit from the Bollywood remake of Arjun Reddy, film's lead actor Shahid Kapoor welcomed Lust Stories actress Kiara Advani onboard. Shahid announced Kiara's association with the project on Twitter on Tuesday and wrote: "Welcome to the madness Kiara Advani aka Preeti. Team Arjun Reddy is now officially complete. Let's do this." Kiara, who seemed all excited to be a part of the film, responded to Shahid's tweet saying, "Thankyou SK, Never been more ready."Arjun Reddy will be Shahid and Kiara's first film together. Just like the original version, the remake will also be directed by Sandeep Vanga. Earlier, Tara Sutaria was supposed to play the female lead in the film. However, Tara quit after dates of the project clashed with her debut film Student Of The Year 2's schedule.

Welcome to the madness @Advani_Kiara aka Preeti. Team Arjun Reddy is now officially complete. Let's do this.

This is what Kiara wrote:

In an interview with news agency IANS earlier this year, Shahid Kapoor, who plays the titular role in the film, mentioned how he is prepping for his role for the film and told IANS: "At the moment, I am growing a beard. We were considering to start shooting this month but the director wants my beard to grow more. We will start at the end of September."

Arjun Reddy is a remake of the 2017 Telugu film of the same name, which featured Vijay Deverakonda, Shalini, Jia Sharma, Sanjay Swaroop and Gopinath Bhat in pivotal roles. The film performed exceptionally well at the box office.

Arun Reddy remake will collaboratively be produced by Bhushan Kumar, Murad Khetani, Krishan Kumar and Ashwin Varde and it is scheduled to release on June 21, 2019.

On the work front, Shahid Kapoor was last seen in Shree Narayan Singh's Batti Gul Meter Chalu alongside Shraddha Kapoor, while Kiara Advani's last film was Netflix's Lust Stories, in which she featured in a segment directed by Karan Johar.